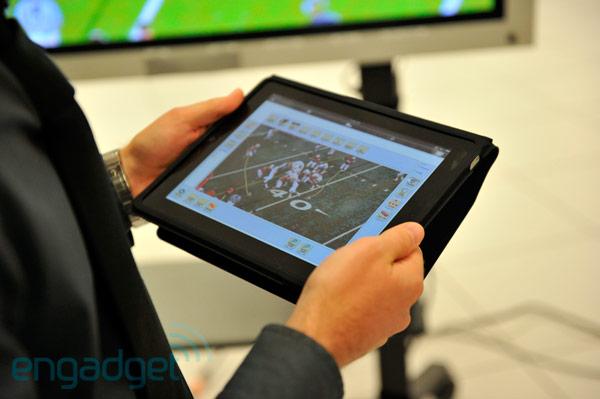 Here you were worried that you wouldn't be able to watch ESPN this weekend when the current agreement expires, only to find out that not only did the deal get done, but it brings lots of cool new ESPN products to Time Warner Cable and Bright House Networks customers. The most notable is that, in addition to ESPN3.com, customers will be able to stream linear programing from the most well known ESPN networks to your PC and other mobile devices. The deal also includes the addition of ESPN 3D, the new Disney Junior, more ESPN VOD content than we can cover, and a new channel called ESPN Goal Line (essentially The RedZone channel for college football). No hard dates on when any of this will go live, but certainly a great deal for sports fans, and for everyone else, thanks for paying extra so we can get our fix.
Show full PR text

Co-chairs of Disney Media Networks George Bodenheimer and Anne Sweeney also commented on the announcement, stating, "The successful conclusion of this wide-ranging deal demonstrates our commitment to our distribution partners and our ability to work with them to provide consumers with an unmatched portfolio of national and local entertainment, news and sports content while continuing to strengthen both of our businesses."

"We're pleased that an agreement has been reached with no disruption in programming for our customers," said Steve Miron, Chief Executive Officer, Bright House Networks.

In this article: BHN, Bright House Networks, BrightHouseNetworks, Disney, ESPN, ESPN 3D, ESPN Goal Line, Espn3d, EspnGoalLine, hd, Time Warner Cable, TimeWarnerCable, TWC
All products recommended by Engadget are selected by our editorial team, independent of our parent company. Some of our stories include affiliate links. If you buy something through one of these links, we may earn an affiliate commission.
Share
Tweet
Share