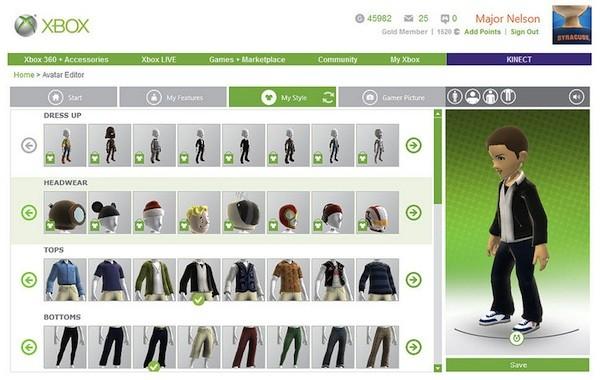 Well, it looks like the Xbox 360 dashboard isn't the only thing getting an overhaul this fall -- Microsoft's Major Nelson has just announced that Xbox.com will be getting a "massive facelift" tomorrow. The changes are more than just visual, however, and include a few new features that more tightly integrate the site with the Xbox 360 and Windows Phone 7. That includes a new browser-based avatar editor and, most interestingly, some web games that you'll be able to play with your Xbox Live friends on the web or on Windows Phone 7 -- no word if they'll earn you achievements. Otherwise, you can expect a streamlined view of messages, friend and game requests, some new family reports that will let you see how your family is using Xbox Live, and some improved browsing and searching options for the Marketplace. It's still not clear exactly when it'll go live, but the site will be down for a short period starting at 5:00AM ET tomorrow to prepare for the changes -- in the meantime, you can get a peek at what's in store in the gallery below.

10
In this article: browser, browser-based, microsoft, web games, WebGames, windows phone, windows phone 7, WindowsPhone, WindowsPhone7, wp7, xbox, xbox 360, xbox live, xbox.com, Xbox360, XboxLive
All products recommended by Engadget are selected by our editorial team, independent of our parent company. Some of our stories include affiliate links. If you buy something through one of these links, we may earn an affiliate commission.
Share
Tweet
Share