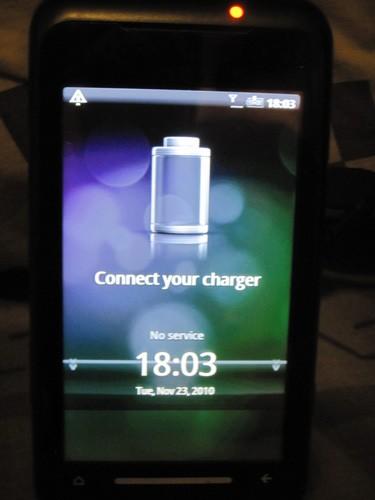 It's easy to forget about the TG01 nowadays, but bear in mind that Toshiba's WinMo beast from last year was the first production phone in the world to use Qualcomm Snapdragon silicon. Oh, and it was under 10mm thick and featured a 4.1-inch WVGA display at a time when such specs were basically science fiction -- so you've got to give credit where credit's due. Anyhow, the phone's far from obsolete -- apart from that little WinMo issue, that is, so the good folks on xda-developers have started the time-honored tradition of transplanting Android onto it. Important stuff still isn't working (the lack of calling capability is a big one for us, personally) but we're guessing it's just a matter of time before we see a solid, usable build in the wild now. HD2, watch your back!
In this article: android, google, hack, tg01, toshiba, xda-developers
All products recommended by Engadget are selected by our editorial team, independent of our parent company. Some of our stories include affiliate links. If you buy something through one of these links, we may earn an affiliate commission.
Share
Tweet
Share