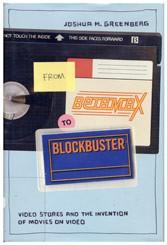 Right on the heels of announcing that its on demand service was available on over 100 devices, Blockbuster has officially reduced in-store rentals periods from five to three days and established new pricing tiers. "Just arrived" Blu-rays and DVDs now cost $4.99, making them competitive with Redbox on a cost per day basis, especially when you consider the red vending machines must wait for up to 28 days later in some cases to get newer titles. Recent releases in circulation longer than six weeks cost $2.99 along with frequently rented "Top Picks," while older, and less popular titles -- think Weekend at Bernies -- have bottomed out to $0.99. According to company rep Patty Sullivan, these changes should help Blockbuster "continue to be a competitive force in the media business" and "simplify the rental experience." That sounds a lot like the same stance it took with the now dead no late fee scheme -- but who's keeping track? It also still seems expensive for frequent movie watchers compared to Netflix's basic $10 a month plan, which includes one rotating mailed disc along with unlimited streaming. So call us crazy, but somehow we don't see this move solving the company's bankruptcy woes anytime soon.