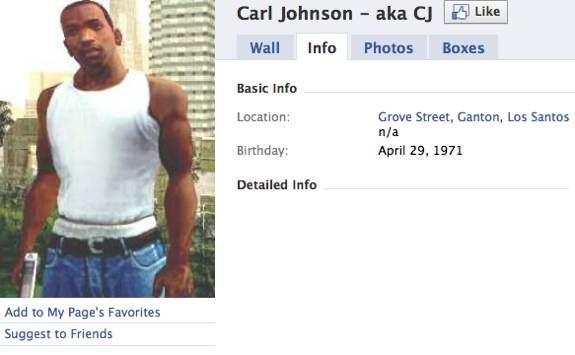 Our friends, this next post is fraught with danger, excitement, and West Coast rappers with names like B-Real, Sen Dog, and Michael "Shagg" Washington. Indeed, the latter is alleging that Rockstar appropriated his likeness for the character CJ, a hood in Grand Theft Auto: San Andreas whose life apparently shares many details with his own troubled upbringing, "including how the teen-agers in his gang rode around on bicycles," according to his lawyer. It seems that way back in 2003 the Cypress Hill backup singer met with reps from the game studio for a two hour interview "to talk about street life," and the next thing you know, San Andreas is released and you have criminals riding around on bikes! Coincidence? Mr. Shagg doesn't think so, and he's asking for twenty-five percent of Rockstar's profits from the game -- approximately $250 million -- because they've "stolen his image and never paid him." Now that we think of it, isn't there an obsessive gadget blogger in that game that looks awfully familiar? We'd better call our lawyers.
In this article: cypress hill, CypressHill, games, gaming, Grand Theft Auto, Grand Theft Auto: San Andreas, GrandTheftAuto, GrandTheftAuto:SanAndreas, law, lawsuit, legal, michael shagg washington, MichaelShaggWashington, RockStar, Rockstar Games, RockstarGames, san andreas, SanAndreas
All products recommended by Engadget are selected by our editorial team, independent of our parent company. Some of our stories include affiliate links. If you buy something through one of these links, we may earn an affiliate commission.
Share
Tweet
Share