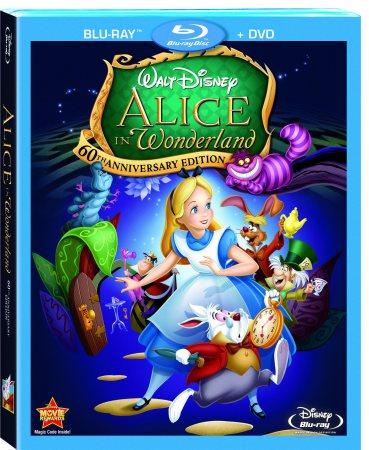 Just in case you didn't get a peek when it popped up previously or on any of Disney's current releases, the movie studio has posted a trailer for the Blu-ray release of the classic Alice in Wonderland on its official YouTube channel. It's scheduled for release February 1st, 2011 as a Blu-ray/DVD combo pack with special features including Operation Wonderland (in high definition) a new intro for the Cheshire Cat, Thru the Mirror animated short and more. Check out the trailer after the break.

In this article: 60th anniversary, 60thAnniversary, alice in wonderland, AliceInWonderland, blu-ray, disney, hd, trailer, walt disney, WaltDisney
All products recommended by Engadget are selected by our editorial team, independent of our parent company. Some of our stories include affiliate links. If you buy something through one of these links, we may earn an affiliate commission.
Share
Tweet
Share