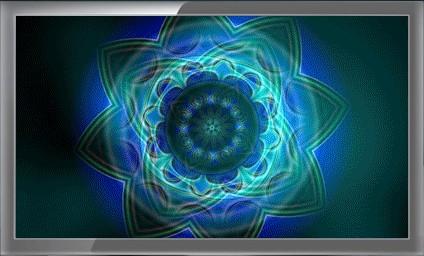 iTunes is loaded with features - some we love and some we don't. One feature that I really like for parties is the iTunes Visualizer, the trippy light show that plays in-sync with your music. The folks over at Sound Spectrum have released a new visualization tool called Aeon. There are three versions of Aeon: Free, Gold and Platinum.

The free version will run on both Mac and Windows. What you get is a set of default visualizations and the ability to customize the settings to create your own visualization. Not bad for free.

The two paid versions (Gold is US$20 and Platinum is $30) come with a bunch of extras that you may or may not need. What you get is the ability to set Aeon as your screen saver, allow Aeon to run in different media players (such as WinAmp, RealPlayer and Windows Media Player) and add visualizations to live audio such as a guitar or your microphone.

If you are not sure if you want to pony up for the paid version of Aeon, give the Free version a try. Your party guests will thank you.
In this article: aeon, itunes, mac, music, software, sound spectrum, SoundSpectrum
All products recommended by Engadget are selected by our editorial team, independent of our parent company. Some of our stories include affiliate links. If you buy something through one of these links, we may earn an affiliate commission.
Share
Tweet
Share