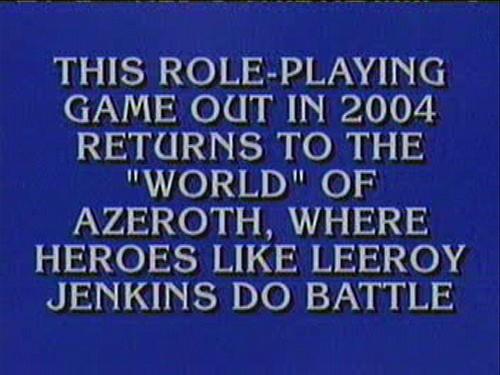 What are February 14th, 15th, and 16th? We've known it was going to happen for a while, but now we know when to set our DVRs. A rack of servers -- soaked with natural-language processing, armed with a battalion of esoteric pop culture knowledge, and "represented by a round avatar" -- will face off against Jeopardy! millionaires Ken Jennings and Brad Rutter (both profiled in video after the break) for three days starting on Valentine's Day 2011. We're also hearing that Watson will sign autographs after it's done decimating its opponents. It will then donate all its winnings to charity and spend the rest of its natural life dodging paparazzi on an undisclosed beach in the South Pacific.


Champion Update: Brad Rutter
In this article: brad rutter, BradRutter, ibm, jeopardy, ken jennings, KenJennings, supercomputer, television, tv, valentines day, ValentinesDay, video, watson
All products recommended by Engadget are selected by our editorial team, independent of our parent company. Some of our stories include affiliate links. If you buy something through one of these links, we may earn an affiliate commission.
Share
Tweet
Share