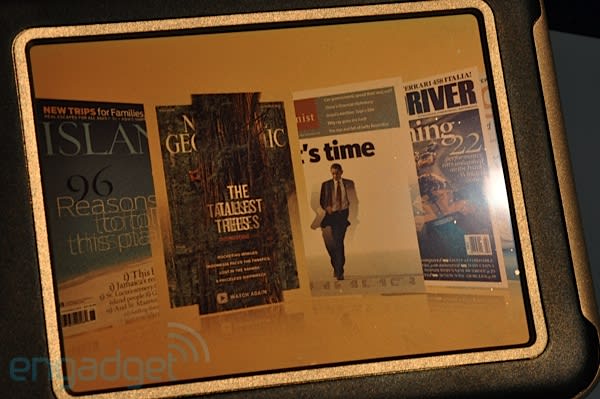 We just couldn't help ourselves. Qualcomm's Mirasol display technology has the potential to upend the e-book reader market, and possibly even do some warfare with the LCD-based slate PCs we've been seeing out and about. We already did a hands-on with the little 5.7-inch prototype Qualcomm is showing at CES here, which we have a hunch could be Kindle-bound, and now we've got a second, closer look with a full 1080p trained on the display to give you as good as possible of an indication. We also pulled away a few more tidbits about the tech:


Alright, enough facts? Check out the video after the break, or download the full-res video from the link below!

In this article: ces, ces 2010, Ces2010, hands-on, mirasol, qualcom, qualcomm mirasol, QualcommMirasol
All products recommended by Engadget are selected by our editorial team, independent of our parent company. Some of our stories include affiliate links. If you buy something through one of these links, we may earn an affiliate commission.
Share
Tweet
Share
Save