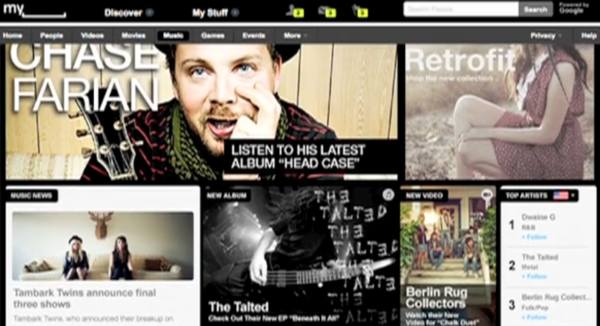 That's right, it's spelled Myspace now (no longer with the capital "s"). And if you want to do the logo any justice, you have to take the "space" literally, so it comes out something like: my[____]. Get it? We don't, but that isn't stopping the News Corp-owned social networking site and haunt for all things tweenaged and tweemo (as well as the world's foremost Blingee! repository) from re-launching with a new design, a new homepage, and a new focus as an entertainment portal. Makes sense to us, although we really just wish they'd get around to production on that Myspace Media Player already. Get a preview for yourself after the break.

Via: Advertising Age
Source: Myspace
Coverage: All Things D
In this article: entertainment, media, myspace, news corp, news corp., NewsCorp, NewsCorp., portal, reboot, redesign, relaunch, social networking, SocialNetworking
All products recommended by Engadget are selected by our editorial team, independent of our parent company. Some of our stories include affiliate links. If you buy something through one of these links, we may earn an affiliate commission.
Share
Tweet
Share
Save