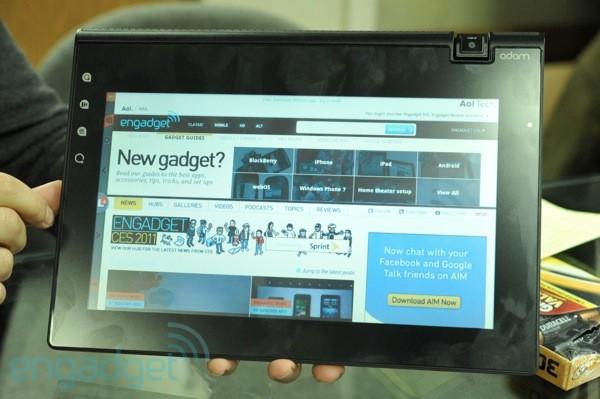 We don't see it in the FCC database yet but Notion Ink's charming Rohan Shravan just penned a post on the company's blog with news that Adam has official clearance from the US government. That's right, after several delays the tiny startup will finally condense its occasionally vapory molecules into a solid slab of shipping tablet starting "around Wednesday" after the hardware receives its FCC tattoo. Remember, Adam was that tablet good enough to earn a Best of CES 2011 honorable mention at an event absolutely flooded with tablets from a who's who of consumer electronics companies. While our first impressions of the production unit were positive, we're holding off on making a final judgement until we've had the chance to perform a full review. Having said that, Adam's final NI3421A01 product code is so nerdy -- the "3421" continues Rohan's tradition of numbering product iterations along the Fibonacci number sequence -- that we're almost tempted to place an order ourselves. Almost.

[Thanks, John]
In this article: adam, approval, fcc, fcc approval, FccApproval, NI3421A01, notion ink, notion ink adam, NotionInk, NotionInkAdam, pixel qi, PixelQi, Rohan Shravan, RohanShravan
All products recommended by Engadget are selected by our editorial team, independent of our parent company. Some of our stories include affiliate links. If you buy something through one of these links, we may earn an affiliate commission.
Share
Tweet
Share