Sure, it was only about four months ago that Dell released its XPS 14, but unfortunately, those looking to snatch up the Core i5, NVIDIA GeForce 400M-powered laptop today will have a mighty hard time. Some keen-eyed tipsters noticed that Dell's 14-inch mainstream system was out of stock, and a quick call to one of our friends at Dell confirmed that the smallest version of the series won't actually be making a comeback. However, that's not because the system didn't sell well -- Dell maintains that it actually exceeded sales expectations. Considering it was a very aggressively priced rig that doesn't really surprise us, but why not bring it back? That's where things get interesting, and we'll give you Dell's exact quote on this one...

"With the transition to Sandy Bridge technology, we chose to re-focus our efforts on incorporating this feedback into future thin and light products launching later this year. Stay tuned!"

Yep, it seems like Dell is gearing up to bring some Adamo qualities back in to the XPS brand, which is actually what were told last year when the company killed off the Adamo brand altogether. We're staying tuned alright!

[Thanks to everyone who sent this in]
In this article: adamo, adamo xps, AdamoXps, core 2010, Core2010, dell, Dell XPS 14, DellXps14, discontinued, laptop, laptops, XPS, xps 14, Xps14
All products recommended by Engadget are selected by our editorial team, independent of our parent company. Some of our stories include affiliate links. If you buy something through one of these links, we may earn an affiliate commission.
Share
Tweet
Share 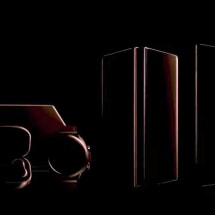