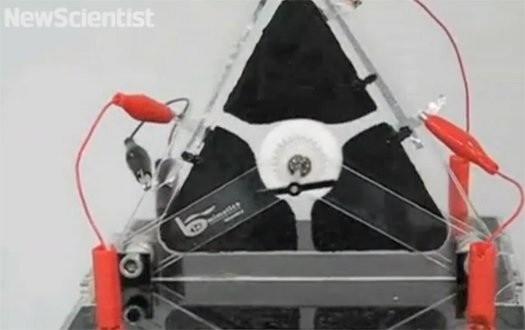 Some robots may already look pretty lifelike, but it's still quite a different story when they're actually moving, when all the mechanical parts inside make themselves known with some unmistakable, robot-like movements. Some researchers at New Zealand's Auckland Bioengineering Institute now have one possible solution to that problem, however -- a motor with none of the usual moving parts. Instead, the rubbery, Cronenberg-esque contraption relies on some electroactive structures that can stretch by more than 300 percent, and expand and contract when a voltage is applied. While things are obviously still very early, it's conceivable that robots could eventually be built entirely out of these artificial muscles -- or, as lead researcher Dr. Iain Anderson succinctly puts it, "the future is soft." Video after the break.

In this article: artificial muscle, artificial muscles, ArtificialMuscle, ArtificialMuscles, Auckland Bioengineering Institute, AucklandBioengineeringInstitute, electroactive, jelly, muscle, muscles, rubbery, video
All products recommended by Engadget are selected by our editorial team, independent of our parent company. Some of our stories include affiliate links. If you buy something through one of these links, we may earn an affiliate commission.
Share
Tweet
Share