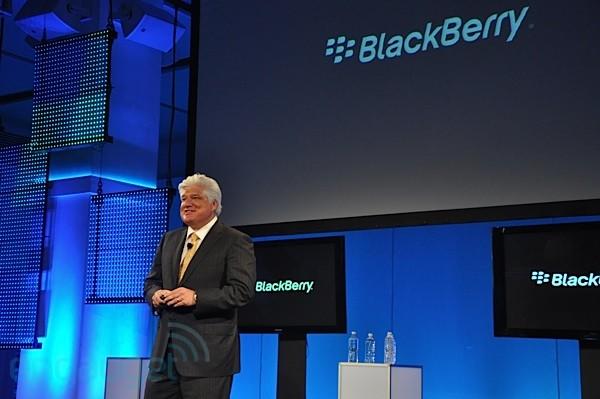 By now you've no doubt read or at least heard about the New York Times interview where RIM's co-CEOs wound up asking most of the questions and challenged conventional wisdom about the company, or seen the BBC interview that Mike Lazaridis put an abrupt end to (see below, if you haven't). Those both offer plenty of juicy morsels for folks like us to chew on, but they're also indicative of a broader sense of frustration from the company that's getting difficult to ignore. One that is strikingly similar to what we've recently seen from another company that grew to dominate on the world stage, became a figure of national pride in its home country, and is now struggling to reinvent itself in the face of stiff competition: Nokia.

To get an idea of how similar the two situations are, we only need to look back to 2009 -- admittedly an eternity in the smartphone business, but not really that long ago. While Nokia still dominated the worldwide smartphone market with Symbian by year's end, there were clear signs that was about to change, with Nokia's share slipping a full ten percent in the fourth quarter of 2009 alone -- largely due to rapid gains from Apple and, yes, RIM. After that, it wasn't long before the company's CEO found himself in the hot seat, while Gartner and countless others began tossing around phrases like "re-arranging the deck chairs." We all know what happened next.

Now the numbers are painting a similarly difficult position for RIM. According to a recent Gartner report, RIM's market share is expected to continue a slow decline to just eleven percent by 2015 (long after its switch to QNX), while Android, iOS, and Windows Phone 7 (boosted in part by Nokia's acceptance) are all projected to continue to grow or hold their own, and leave RIM in a relatively distant fourth place by 2015.

Of course, those projections are just that... projections, and RIM could well still swing things in its favor if it makes the right moves -- even if the PlayBook isn't quite the magic bullet it was hoping for. It won't, however, if it continues with a headstrong approach and ignores any criticism -- or worse, continues to vent its frustrations in public. I'm not pretending to know what all those right moves might be, but RIM could learn a few things from the hard questions Nokia posed to itself when it finally came to the realization that it was a fading giant.

In his now famous "burning platform" memo, Nokia CEO Stephen Elop said the company had to choose whether to "build, catalyze or join an ecosystem." With its slow shift to QNX as its primary operating system, continued promises about the current BlackBerry OS, and half-hearted embrace of Android apps, it's increasingly starting to look like RIM is trying to do all three, but only succeeding in tying itself to a sinking ship.

In this article: blackberry, editorial, lazaridis, Mike Lazaridis, MikeLazaridis, playbook, qnx, rim
All products recommended by Engadget are selected by our editorial team, independent of our parent company. Some of our stories include affiliate links. If you buy something through one of these links, we may earn an affiliate commission.
Share
Tweet
Share