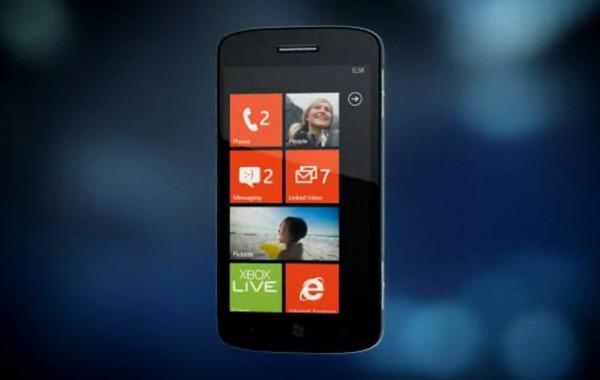 Mango may no longer be a secret in and of itself, but we doubt Microsoft would've set up an entire event to preview its big Windows Phone update if there was nothing hidden up that Redmond sleeve. To that end, we've just come across an official press release from the company, released on its Romanian website. The machine translation awaits after the break.

Update 2: Turns out Microsoft "had to give [the SDK] a name" and dubbed it 7.1, so Mango retains its formal WP7 moniker.

The first thing to note is that the update will be "freely available" to all current Windows Phone handsets, something Microsoft already committed to, and will be ready for download "at the beginning of this summer." (Update: it looks like our translation machinery betrayed us, tipsters are saying it's actually the beginning of autumn.) Naturally, the new goodness will also figure in new devices and from new partners, including Acer, Fujitsu, and ZTE. Those fresh faces join Nokia and the incumbent partners of Dell (maybe) HTC, Samsung, and LG to expand the WP ecosystem.

A Beta SDK of the new Windows Phone free tools will be available within 24 hours, we're promised, for developers to sink their teeth into.

In the communications department, Microsoft is introducing conversation threads, which seamlessly transition between MSN Messenger chats, SMS, and Facebook messaging to keep you talking to the same person irrespective of the method. New contact group tiles are also incoming, with the ability to send quick emails or IMs to entire groups. Twitter and LinkedIn contact integration is mentioned, though we expect this go a lot deeper in Twitter's case, as Microsoft has already demonstrated. Speaking of more in-depth integration, Microsoft has improved the Live Tiles to allow the display of more dynamic information from apps, which will of course be able to multitask beautifully. Internet Explorer 9 is also joining in on the Mango fun with support for HTML5. Jump past the break for all the details.

Update 3: Would you look at that, Bing search has gotten a thorough sprucing up as well. Video of all the new goodness follows after the break -- or you can click here to hit up Microsoft's own video library, which is loaded to the gills with feature overviews.

"Mango" to deliver smarter and easier communications, apps and Internet experiences and bring Windows Phone to more customers around the world.

REDMOND, Wash. - May 24, 2011 - Microsoft Corp. today previewed the next major release of Windows Phone, code-named "Mango," through a series of media events around the world. "Mango" will deliver more than 500 new features to push the boundaries of the smartphone experience around communications, apps and the Internet. The "Mango" release will be available for free to Windows Phone 7 customers and is scheduled to ship on new phones beginning this fall. More details on device update timing will be provided closer to availability. Windows Phone will also add support for additional languages, expand access to apps by launching Windows Phone Marketplace in new countries, and partner with new OEMs to enable expansion to new markets.*

"Seven months ago we started our mission to make smartphones smarter and easier for people to do more," said Andy Lees, president of the Mobile Communications Business at Microsoft. "With 'Mango,' Windows Phone takes a major step forward in redefining how people communicate and use apps and the Internet, giving you better results with less effort."

The smartphone experience can be complicated by a sea of disconnected apps and accounts as people attempt to keep pace with all the ways they communicate - from calls, texts, email and instant messages (IM) to status updates, Tweets, check-ins, photo posting and tagging. To help people stay on top of that growing complexity, the "Mango" release organizes information around the person or group people want to interact with, not the app they have to use.

• Groups. Group contacts into personalized Live Tiles to see the latest status updates right from the Start Screen and quickly send a text, email or IM to the whole group.

• Linked inbox. See multiple email accounts in one linked inbox. Conversations are organized to make it easy to stay on top of the latest mail.

A Smarter Approach to Apps

Windows Phone will challenge the way people think about apps. Today their usefulness is measured by what can be done within the app, but Microsoft sees the promise of apps in how they can be integrated directly into the core experiences of the phone. In addition to making it easy to get timely notifications and updates from apps right from the Start Screen, the "Mango" release also will surface apps as part of search results and within Windows Phone Hubs. As a result, a useful app is more likely to be right there when needed.

• App Connect. By connecting apps to search results and deepening their integration with Windows Phone Hubs, including Music and Video and Pictures, "Mango" allows apps to be surfaced when and where they make sense.

• Improved Live Tiles. Get real-time information from apps without having to open them. Live Tiles can be more dynamic and hold more information.

• Multitasking. Quickly switch between apps in use and allow apps to run in the background, helping to preserve battery life and performance.

Taking the Internet Beyond the Browser

In addition to including Internet Explorer, the "Mango" release will connect the power of the Web to the unique capabilities of Windows Phones, such as location awareness, camera and access to apps, to present a way of viewing the Web that is more localized, actionable and relevant.

• Bing on Windows Phone. More ways to search the Web, including Bing Vision, Music Search and Voice so it's easy to discover and decide.

• Quick Cards. When searching for a product, movie, event or place, see a quick summary of relevant information, including related apps.

The Windows Phone ecosystem has grown steadily since Windows Phone 7 first launched in October, with more than 17,000 apps currently available on Windows Phone Marketplace and Windows Phone handsets available from a range of partners worldwide, and Microsoft's recently announced partnership with Nokia. "Mango" will further expand and strengthen the Windows Phone ecosystem through new partnerships with Acer Inc., Fujitsu Ltd. and ZTE Corp., which today announced plans to deliver new Windows Phone devices in markets around the world. Furthermore, Microsoft announced it will support additional languages, including Brazilian Portuguese, Simplified and Traditional Chinese, Czech, Danish, Dutch, Finnish, Greek, Hungarian, Japanese, Korean, Norwegian, Polish, Portuguese, Russian, and Swedish, and will greatly expand the list of countries where consumers have access to apps via Windows Phone Marketplace. As well, a beta release of the free Windows Phone Developer tools, which will be used to create the next generation of "Mango" apps and games, will be posted for public download to Microsoft's website within 24 hours of today's events. More information about what "Mango" means for developers, the tools and a link to the public download page is available at http://windowsteamblog.com/windows_phone/b/wpdev/archive/2011/05/24/developer-news-beta-mango-tools-available-today.aspx.
Founded in 1975, Microsoft (Nasdaq "MSFT") is the worldwide leader in software, services and solutions that help people and businesses realize their full potential.

Some information relates to pre-released product that may be substantially modified before it's commercially released. Microsoft makes no warranties, express or implied, with respect to the information provided here.

In this article: acer, announced, breaking news, fujitsu, linkedin, mango, microsoft, official, romania, twitter, video, windows phone, windows phone 7.1, WindowsPhone, WindowsPhone7.1, wp, zte
All products recommended by Engadget are selected by our editorial team, independent of our parent company. Some of our stories include affiliate links. If you buy something through one of these links, we may earn an affiliate commission.
Share
Tweet
Share