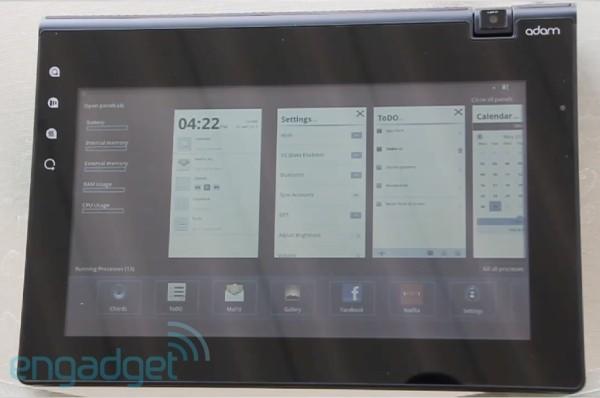 We'd be lying if we said the Notion Ink Adam tablet wasn't a major disappointment, but the tiny Indian company that brought us the slate hasn't packed it in yet -- this week, Rohan Shravan announced a new round of sales, and issued a massive software overhaul for all existing Adams to go along with it. We've been playing with the new software for over a day now, and we can attest that the Eden 1.5 UI is much improved -- it's less flashy, but far more responsive, less prone to crashes, and generally more useful.

We'd still call it a beta, mind you, as we still managed to find some nasty bugs and slowdown while browsing around, but we're digging the new Chords music player, the new To-Do list, and the multitasking-friendly App Manager you see above. Notion Ink also claims we'll see better battery life in this version, and we're putting the Adam through a thorough drain test right now. We're also hearing that Notion Ink is still working on Android 2.3 (Gingerbread) and Android 3.0 (Honeycomb) builds. While you wait, why not click past the break for video of the new features in motion.

Update: We're not sure about day-to-day use, but we're not getting better results in our battery drain test -- we're still looking at under 6 hours of juice with the backlight at roughly 65 percent brightness.