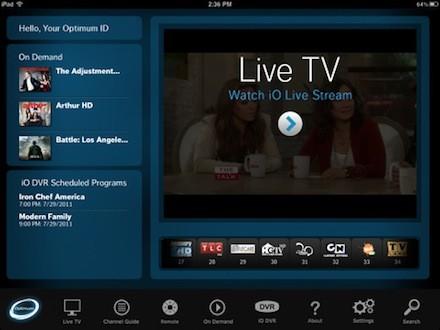 Well, that was anticlimactic. Viacom quickly sued Cablevision after the Optimum for iPad (now on iPhone and iPod Touch) app launched and allowed cable customers to stream the entire channel lineup on their tablets, but now they've resolved that and "an unrelated business matter". Viacom's case against Time Warner's similar offering is on hold while they also try to work out a deal, but Cablevision's stance from the start is that its approach fell within the existing agreements and they appear to have gotten their way. Just like most other channel carriage disputes, it was likely a deal on the supposedly unrelated issue that got things moving, but as long as we can keep watching Teen Mom in the kitchen, bathroom or out on the patio it doesn't really matter. Check the official statement from both companies after the break.
Show full PR text
CABLEVISION AND VIACOM REACH AGREEMENT TO RESOLVE PENDING LITIGATION

In connection with the agreement, the companies jointly issued the following statement:

"Viacom and Cablevision have agreed to resolve their pending litigation, and the Viacom programming will continue to appear on Cablevision's Optimum Apps for iPad and other IP devices. In reaching the settlement agreement, Cablevision and Viacom were able to resolve the iPad matter and an unrelated business matter to their mutual satisfaction. Neither side is conceding its original legal position or will have further comment."
In this article: apple, breaking news, cable, cable tv, CableTv, cablevision, carriage, channels, ipad, lawsuit, live tv streaming, LiveTvStreaming, optimum, optimum for ipad, OptimumForIpad, resolved, tablet, viacom
All products recommended by Engadget are selected by our editorial team, independent of our parent company. Some of our stories include affiliate links. If you buy something through one of these links, we may earn an affiliate commission.
Share
Tweet
Share