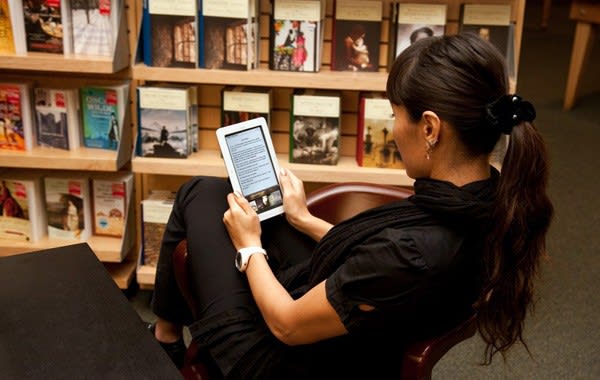 Public libraries are en vogue again now that e-readers and e-books are so popular, and publishers are wary of the trend. To the dismay of many and the surprise of few, HarperCollins Publishers has set its e-books to expire after 26 rentals -- effectively giving them around a one-year shelf life (assuming 2 weeks per rental x 26 = 52 weeks). So now cash-strapped public libraries have to pony up license fees on an annual basis because the publisher is concerned that "selling e-books to libraries in perpetuity, if left unchanged, would undermine the emerging e-book ecosystem." In other words, HarperCollins thinks lending e-books is costing the company money it could make selling them. The publisher is the first to treat library e-books differently from hard copies, and the policy change has caused some librarians to stop purchasing HarperCollins e-books. Should the new licensing scheme become a trend, we shall see if libraries are forced to stop the electronic lending party.

[Thanks, Scott]
Source: The New York Times
In this article: book, books, e book, e books, e reader, e readers, e-book, e-books, e-reader, e-readers, harpercollins, libraries, library, license, licensing, Public Library, PublicLibrary, Publisher, publishers, Publishing, reading
All products recommended by Engadget are selected by our editorial team, independent of our parent company. Some of our stories include affiliate links. If you buy something through one of these links, we may earn an affiliate commission.
Share
Tweet
Share