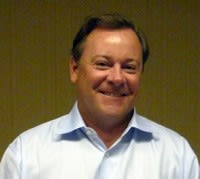 Sony does what Nintendon't? That's the general sentiment from a brief interview that PlayStation chief Jack Tretton gave to Fortune this week, in which he talked up Sony's strengths and played down (some may even say belittled) its competitors, and Nintendo in particular. That began with the relatively tame assertion that Sony's decision to go high-end with PlayStation 3 is just now beginning to pay off while the other consoles are "starting to run out of steam," before he took aim at Nintendo's handheld business. According to Tretton, Nintendo's handhelds all offer what he calls a "Game Boy experience," something that's great as a "babysitting tool," but that "no self-respecting twenty-something is going to be sitting on an airplane with one of those." Yow. Any self-respecting twenty-somethings beg to differ? Let us know in the comments below.

Source: Fortune
In this article: ce oh no, CeOhNo, jack tretton, JackTretton, nintendo, nintendo 3ds, nintendo ds, Nintendo3ds, NintendoDs, playstation, sony, tretton
All products recommended by Engadget are selected by our editorial team, independent of our parent company. Some of our stories include affiliate links. If you buy something through one of these links, we may earn an affiliate commission.
Share
Tweet
Share
Save