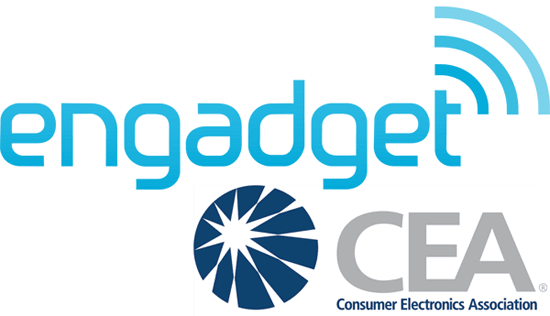 If you know Engadget, you know we like to really do it up at CES. For us, the Consumer Electronics Show is serious business, and our unmatched coverage has resulted in us being named Official Blog three years in a row. This time, though, we're doing things a little bit differently. We'll be adding far more live video into the mix and, with Distro getting in on the fun as well, it was definitely time to leave that old "Official Blog" moniker behind. So, we're incredibly proud to announce that we're now the Official Online News Source not just of the 2012 International CES, but of the CEA as a whole.

The Consumer Electronics Association is the entity that hosts CES each year, and its President and CEO Gary Shapiro said the following:

Engadget does a terrific job bringing the energy and excitement of the thousands of new products launched each year at the International CES to attendees and consumers. We look forward to this expanded partnership with Engadget as they continue their dynamic coverage and analysis of the products and trends that rivet the world each January at the International CES, as well as their unique coverage of CEA's other events throughout the year.

For CES this year we'll be cranking out the news from our double-wide trailer, just like we always do, but we'll also be adding a full video studio on the floor. Engadget Live from CES will feature exclusive interviews and live product demos throughout the day as well as other regular broadcasts -- like our evening video podcast, where you can watch the whole crew get gradually more giddy as the effects of sleep deprivation sink in.

CES 2012 takes place between January 10th and the 13th. It's going to be bigger and better than ever, and we can't wait to bring it to you -- unfiltered and unadulterated -- live from Las Vegas.

NEW YORK--(EON: Enhanced Online News)--Engadget, the popular tech and gadget blog, has been named the official online news source of the 2012 International CES®, the world's largest consumer technology tradeshow. Engadget will once again serve as a news hub for the event and will for the first time have an onsite video studio offering "Engadget Live from CES": real-time video coverage from the event, with live broadcasts; previews and product reviews; demos; interviews; commentary; daily news wrap-up podcasts; and more. In addition, Engadget has been named the official online news site for the Consumer Electronics Association (CEA), the preeminent trade association promoting growth in the $190 billion U.S. consumer electronics industry and owner of CES.

"It's exciting to be building upon our already deep ties with CES," said Joshua Fruhlinger, Editorial Director of Engadget. "While we've been the 'official blog' of the event for the last three years, being named 'official online news source' is a nice recognition that we're perfectly suited to cover all things CES. It's a win for our readers, who'll be getting around-the-clock coverage of the latest and greatest from the event, and we can't wait to get started."

Said Tim Stevens, Editor-in-Chief of Engadget: "CES is the most exciting week of the tech year, and in 2012 we'll be covering it more comprehensively than ever. As before we'll be bringing the news and liveblogs as it happens and, for the first time, we'll have an on-site video studio where we can bring live interviews and product demos straight from the show floor, plus live daily video podcasts and other broadcasts. This year we won't just be covering the news, we'll be making it."

Engadget's coverage of past CES shows featured its signature brand of obsessive tech news and analysis from every angle, all with a point-of-view of a tech aficionado. Engadget introduced a centralized hub for CES news 24/7, with breaking news, deep-dive stories about big releases, exclusive scoops, stunning photography and compelling video. As official news source, Engagdet will bring the same level of obsession to everything CEA, with better access and enhanced coordination.

In addition to "Engadget Live from CES," the Engadget team of editors, reporters and product testers will have unfettered access to bring all of the show to readers. As the year goes on, Engadget coverage of CEA events will continue, with breaking news from CE Week and other events throughout 2012.

Launched eight years ago with a commitment to integrity in tech reporting and reviewing, Engadget has risen quickly in traffic and influence to become a leading authority on technology news. The selection of Engadget as official online news source of CEA affirms its place as premier news brand in the technology space. Engadget is part of the Huffington Post Media Group.
In this article: cea, ces, ces 2012, Ces2012, consumer electronics association, ConsumerElectronicsAssociation, engadget, gary shapiro, GaryShapiro, international ces, InternationalCes, las vegas, LasVegas, video
All products recommended by Engadget are selected by our editorial team, independent of our parent company. Some of our stories include affiliate links. If you buy something through one of these links, we may earn an affiliate commission.