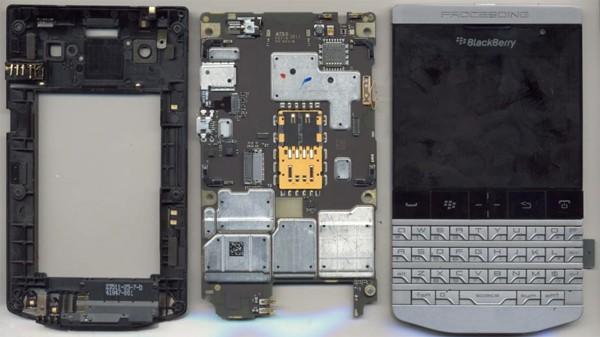 Thus far, the Waterloo-Stuttgart wünderchild's been scooped, made official and even toyed with back at this year's CES. What hasn't happened yet, is a proper review, but until that joyous day comes we'll take what we can get in the form of this quasi-teardown, courtesy of the FCC. Those with stellar memory and a keen eye will recall we'd seen it pass through governmental annals once before, yet at that time any revealing imagery of its internals were strictly verboten. That's changed, as that once barren page now houses a PDF titled "Temp Confid_Internal Photos" which conveniently splays three snaps of the teutonic device's interior. Sure, it isn't a proper iFixit dissection -- ripe with details and color -- but it'll probably be the closest anyone will get to the innards of the $2,000 BlackBerry for quite a while. Read this far? Go on, don't be shy, espy the governmental shakedown at the source link below.
In this article: blackberry, blackberry p9981, BlackberryP9981, fcc, fcc teardown, FccTeardown, mobilepostmini, porsche design, porsche design p9981, porsche design p9981 blackberry, PorscheDesign, PorscheDesignP9981, PorscheDesignP9981Blackberry, rim, teardown
All products recommended by Engadget are selected by our editorial team, independent of our parent company. Some of our stories include affiliate links. If you buy something through one of these links, we may earn an affiliate commission.
Share
Tweet
Share