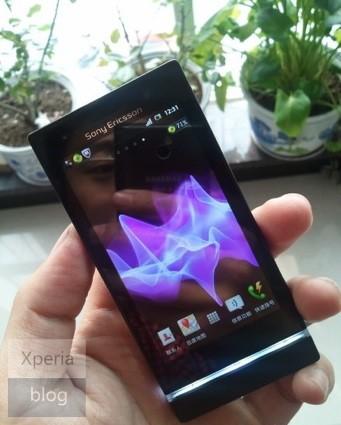 What's this? If this is true, it looks like one of the jilted partners in the Sony Ericsson split is doing all it can to ruin the nice surprises planned for next month's MWC. An image has appeared at Xperia Blog that purports to be of the ST25i Kumquat, which, if you've been paying attention is the cheapest of the three phones due in April listed on the leaked roadmap from a few days ago. The design language matches the Nozomi and the Xperia S we played with at CES, but the on-screen icons are clearly bigger: pointing us in the direction of this having a cheaper display (with a worse resolution) than its brothers. Don't let that Sony Ericsson logo fool you either, the company's producing versions that bear both branding, at least for this set of releases. We're off to grab a microscope and see if we can't glean any more facts from the snap.