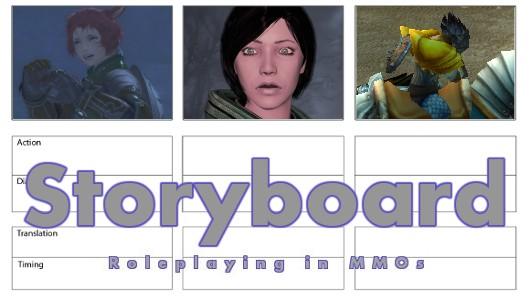 I have, on occasion, joked that all of my roleplaying characters are either looking for a tragedy or recovering from one. It's not an intentional thing, but for whatever reason, an awful lot of my characters tend to have a whole lot of pain and sorrow wrapped up in their heads. My attempts at making a joke character usually derail to the point that said character is even more depressing, like the mage I played who was supposed to be eccentric and wound up being desperately lonely due to her horrendous inability to focus on any one thing for too long.

While it's very easy to go into the depressingly morbid side with a tragic character, we're not going into that this week. (Another week -- you know how I roll by now.) No, this week's problem is much simpler. If you're playing a character who's beset on all sides by misfortune, eventually you're just going to wind up with sadness-induced apathy. You're going to get tired of the fact that your character always fails and never wins and that things get worse every time he or she tries to fix problems. In short, you're going to not want to play the character because said character is just plain depressing.

The depressing parts come when you actually sit down and he invariably develops a crush on the wrong person, picks the wrong side in conflicts, and makes the wrong choice in friendships. It's not that it's out of character; it's that he's been thrown into environment where "being" means constantly failing. The character himself could very well be a heroic type awash in a sea of gray morality; the end result is still that the character just never seems to get even the most basic things right.

I talk a lot about letting your characters fail, but the end goal is still that you have some success in spite of all those failures. Play through any early-'90s JRPG for an idea of what I'm talking about. Sure, four-fifths of the world have been destroyed by the end of the game, but the important part is that you still saved the remaining fifth (which usually coincidentally contains everyone you care about who was not specifically killed off earlier in the game, but that's a different article with very little relation to roleplaying.)

And that much character-failure is infectious. Sure, you know that there's a disconnect between yourself and your character, but eventually, playing the character is always a new indignity, and that will wear on you. How can you invest yourself in someone who's just going to lose and be miserable every single time he tries?

The trick, of course, is to avoid that. Give him some success. Let him win once in a while. No matter how bad things are, have a ray of sunshine.

It doesn't usually need to be a whole lot. I've had some of my more depressing characters helped by nothing more than a warm and compassionate discussion with a friend. But you need to slow down or reverse the consistent losing streak, something to make the character just a little less depressing.

At the same time, you don't want to chip away at what makes the character fun in the first place. You knew some of what you were getting into with the character from the start, and being unlucky is part of his deal, so you want to keep the character from being dismal to play but not change some of the central elements that make him fun.

The best way to do this is to figure out what your character's tipping point is, the point at which he goes from being fun to play but sad in-character to being outright depressing for the player. Often, there's an element or two there you can identify or a collection of elements put together that make the character just plain dismal. By way of example, perhaps your character is a Sith Inquisitor in Star Wars: The Old Republic with an unrequited affection for another Sith, no one he can turn to in times of loneliness, and a growing sense of hollowness about what he's doing. You could handle any two of those elements in conjunction, but all three are just intensely depressing.

Once you know what the tipping point is, it's time to see what elements of the character aren't going anywhere. Continuing the same example, maybe that hollowness is a key part of the character concept, and the whole unrequited love thing is because you really don't want to push that relationship forward. That means that the real obvious problem is a lack of people to talk with, a sense of isolation that makes roleplaying just plain less fun.

When you know the problem, you can fix it. Sometimes, it'll require some straight-up OOC hammering -- talk to some people in OOC, make it clear what you're trying to do, and see if you can get things to turn around. Other times, you'll find opportunity knocking at your door without even expecting it. Maybe someone opens up to your character, and he reciprocates in surprise. The relevant point is that it allows you a chance to change the part that's making your character less fun to play.

And sometimes, in games where alts are plentiful, there's nothing to be done for it. The whole point was to have a depressing character. Just make sure not to lay it on too thick and don't play that character every day. A dip in every once in a while can be fun, but you don't want to live there.

Feedback is welcome as always, either via mail to eliot@massively.com or through the comments below. Next week I'm going to change gears a bit and talk about something much trickier: accents.

In this article: depressing, depression, downers, featured, opinion, roleplay, roleplayers, roleplaying, rp, sad, sadness, sorrow, story, storyboard
All products recommended by Engadget are selected by our editorial team, independent of our parent company. Some of our stories include affiliate links. If you buy something through one of these links, we may earn an affiliate commission.
Share
Tweet
Share