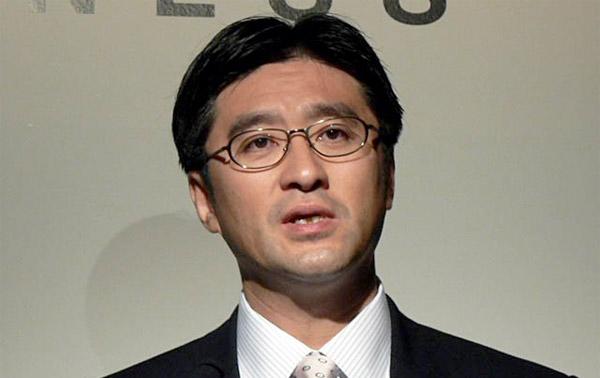 Major changes are afoot over at Sony. After rebranding its mobile division, the firm has also now moved aside the former Ericsson exec who initially came with it. Kunimasa Suzuki will replace Bert Nordberg as CEO of Sony Mobile on May 16th, after leaving his current role as Executive Vice President at Sony proper. Nordberg will still have a hand in the division, taking on the role as Chairman of Sony Mobile Communications' board. Sony's Xperia S might be fresh-faced, but it's soon to come up against stiff competition -- the handling of which will no doubt be Suzuki's first true test.
Show full PR text
Sony Mobile Communications Announces New Leadership
Kunimasa Suzuki named new President and CEO and Bert Nordberg to become Chairman of the Board

As announced by Sony Corporation on 27 March, Corporate Executive Officer and Executive Vice President, Kunimasa (Kuni) Suzuki, will assume responsibility to oversee planning and design of all Sony's consumer products and services, with the aim of strengthening horizontal integration and enhancing the user experience across Sony's entire product and network service lineup. His responsibility includes overseeing the mobile business that Sony has identified as one of its core electronics business areas, including smartphones, tablets and PCs.

"Kuni has a vast experience in product planning and management in the information technology and mobile product business, as well as experience of cultivating business in emerging markets," said Kazuo Hirai, President and CEO of Sony Corporation. "He is a strong leader and the right person to oversee Sony Mobile Communications as we establish a new business structure as 'One Sony' intended to reinforce and accelerate our overall business management."

"Bert Nordberg has done an outstanding job in transforming Sony Ericsson, now Sony Mobile Communications, from a feature phone to a smartphone company," continued Kazuo Hirai. "I have enjoyed working with Bert and I would like to thank him for his vital contributions over the years, and I am glad that he will become the Board's chairman to support Kuni and the management team of Sony Mobile Communications during these critical phases of the company's integration with the wider Sony Group."

"Sony has identified digital imaging, game and mobile as the three core pillars of its electronics business, and smartphones are a cornerstone of this strategy," said Kunimasa Suzuki, Corporate Executive Officer, Executive Vice President of Sony Corporation. "I look forward to working more closely with our global operator customers and everyone at Sony Mobile Communications to drive the company's business and bring outstanding connected entertainment experiences to consumers around the world."

About Sony Mobile Communications
Sony Mobile Communications is a subsidiary of Tokyo-based Sony Corporation, a leading global innovator of audio, video, game, communications, key device and information technology products for both the consumer and professional markets. With its music, pictures, computer entertainment and online businesses, Sony is uniquely positioned to be the leading electronics and entertainment company in the world. Through its Xperia™ smartphone portfolio, Sony Mobile Communications delivers the best of Sony technology, premium content and services, and easy connectivity to Sony's world of networked entertainment experiences. For more information: www.sonymobile.com
In this article: Bert Nordberg, BertNordberg, board, ceo, ceo mobile, CeoMobile, exec, Kunimasa Suzuki, KunimasaSuzuki, reshuffle, sony, sony mobile, SonyMobile
All products recommended by Engadget are selected by our editorial team, independent of our parent company. Some of our stories include affiliate links. If you buy something through one of these links, we may earn an affiliate commission.
Share
Tweet
Share