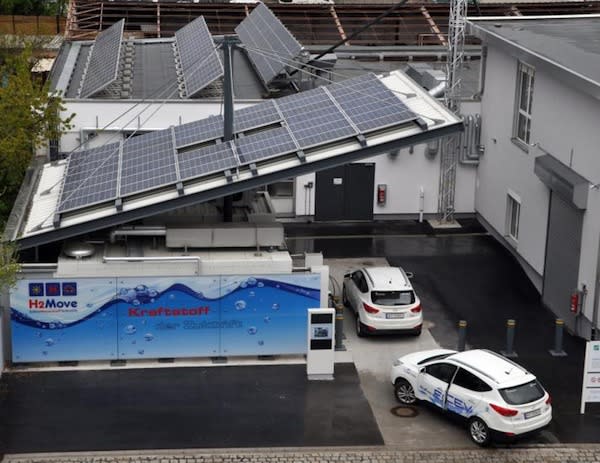 It's not quite a trip around the world, but a trek that Norway's Zero team recently undertook in a pair of hydrogen-fueled cars is certainly an impressive enough feat in its own right. Late last month, they drove two Hyundai Ix35 FCEVs from Oslo to Monte Carlo (admittedly one of the easier ways to technically "cross Europe"), relying solely on the existing hydrogen refueling infrastructure -- that's as opposed to other trips that brought along fuel trucks as backup. As the team explains, the key to the trip was some careful planning at the outset, but they apparently still wound up cutting it close a few times, and were forced to put their hypermiling skills to the test. Not surprisingly, they found that the hydrogen infrastructure still needs to be considerably improved for such trips to become commonplace, but they seem hopeful that things could soon improve.

In this article: europe, hydrogen, Hyundai, Hyundai Ix35 FCEV, HyundaiIx35Fcev, Ix35 FCEV, Ix35Fcev, minipost, norway, oslo, trek, trip, zero
All products recommended by Engadget are selected by our editorial team, independent of our parent company. Some of our stories include affiliate links. If you buy something through one of these links, we may earn an affiliate commission.
Share
Tweet
Share