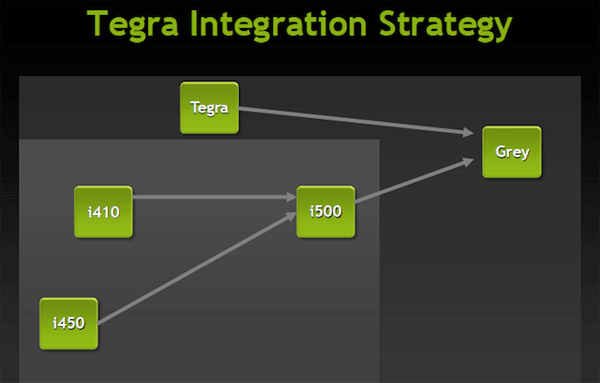 We're nearly halfway through 2012, but for NVIDIA, it seems the best is yet to come. The company's GM, Mike Rayfield, announced today that 30 smartphones with Tegra 3 chips are now slated for availability this year, which is double the success that the company had with its Tegra 2 platform during 2011. Perhaps more interesting, Rayfield also let it be known that the Grey platform -- not due for arrival until next year -- will be the first of NVIDIA's system-on-chip designs to include a built-in LTE radio. Specifically, we can expect it to include the Icera 500, a next-gen LTE modem that's set to supersede both the Icera 410 and 450 designs. The Icera 500 will initially debut as a standalone unit, but will later be integrated into the Grey platform. All things considered, perhaps its 2013 that NVIDIA should be most excited about.

In this article: grey, icera, icera 410, icera 450, icera 500, Icera410, Icera450, Icera500, lte, mike rayfield, MikeRayfield, nvidia, nvidia grey, NvidiaGrey, system-on-chip, tegra 3, Tegra3
All products recommended by Engadget are selected by our editorial team, independent of our parent company. Some of our stories include affiliate links. If you buy something through one of these links, we may earn an affiliate commission.
Share
Tweet
Share