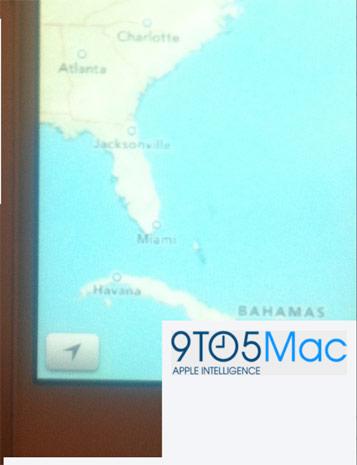 We've potentially seen a lot of the next iPhone's exterior; it may be the interior's time for a shakedown, as an unusually detailed rumor out of 9to5 Mac has claimed scads more about the processor and iOS 6. Going by the tips, the 2012 design would use an S5L8950X, a processor with unknown specs but likely a step ahead of what we've seen in the iPhone 4S (8940X) and new iPad (8945X). There would likewise be a new spin on the PowerVR SGX543 graphics from the iPad as well as 1GB of RAM -- which doesn't sound like much next to a 2GB Galaxy S III, but stands to produce a similar speed boost for a lightweight platform like iOS. As for iOS 6 itself, the software is supposedly using underlying code newer than recent OS X Mountain Lion builds and is dumping Google Maps, as some have claimed ever since iPhoto for iOS made that step in the spring. The new Maps app (possibly pictured here) is said to be rough, but the OS as a whole could be coming along so swimmingly that Apple might have no trouble shipping on time.

As always, we're skeptical when so much detail is in flux. The rumor still jives with much more tangible behavior from Apple, such as its experimentation with 32-nanometer processors and a tendency for Apple to refine the chip from the current year's iPad for the iPhone months later. We may know the accuracy soon enough: more leaks are promised in the next two weeks, including an "entirely new iOS app."