Have you ever thought about the fact that every single one of your characters is a murdering thief?

Picture the scene for a moment: You have a group of people living in an isolated and rural community. Without warning, a man with heavy weaponry bursts in and starts hacking his way through every inhabitant of the community, smashing his way into locked houses. But he also stops at the body of each victim to gather any money or important belongings, slowly working his way through the community until there's nothing left but carrion and a few trinkets he didn't deem valuable enough to steal.

On the news, this would be up there as a pretty shocking tragedy. In an MMO, this is a good chunk of the gameplay. And that brings to mind one of the major issues that faced by roleplayers hoping for verisimilitude: the horrible discrepancies between the social contract as we understand it and the one employed by the characters in the game. They're divergent sometimes, identical at other times, and universally ambiguous.

Every society has a social contract. It's not written down anywhere; it's just a sum total of the operational rules for that society. While some parts of that contract are in the form of laws prohibiting certain behaviors, other parts are just things accepted as universal rules for being an acceptable member of the group. Certainly "not murdering people" is part of our social contract, but there are other bits that we don't even think about until they're violated -- take showers, don't curse in front of children, don't drink beer before noon, and so forth.

MMOs take place in different societies. As a result, different rules apply. It's not breaking any sort of social contract if your Warrior in World of Warcraft decides to rush into Zul'Farrak with swords at the ready -- this is just what people do. The inhabitants might not be doing much of anything at the moment, but they're evil and they need to be killed, and you don't need to feel bad about it.

This is, admittedly, a variant on the problem that there are no bathrooms on Coruscant. But in a way it's even more pervasive because it's tied to the very nature of the game. You have a game in which murder is still seen as a serious crime while characters engage in what could only be described as murder. The only difference is that those people being murdered fall outside of the jurisdiction of "real people" and are thus inconsequential.

An easier example to examine is City of Heroes, in which you have several characters using guns, swords, and other lethal powers to take down criminals. These are killing weapons. Supposedly you're just knocking these people unconscious, but it's hard to believe a sword larger than your upper body leaves no lasting injuries. So your heroes are outright killing thugs for crimes such as vandalism and carjacking -- crimes, sure, but not crimes so severe that they justify the death penalty. Even the heroes shouldn't be considered particularly praiseworthy, since they're using lethal force against guys with baseball bats. It's no wonder that the crime rate is astronomical when you can get killed for jaywalking.

If you want to play the game, you have to reconcile these elements. There has to be a reason of some sort that it's totally OK to kill one group of people but not all right to just march into town with your axe swinging as you sing a jaunty rendition of Feliz Navidad. Some games even give you these reasons right off. Star Wars: The Old Republic has the black-and-white morality needed to justify slaughter of the other side, for instance, and it's not like the Sith ever need a reason. Final Fantasy XI and Final Fantasy XIV both accomplish the same goal by making humanoid enemies exceedingly uncommon; the ones you're likely to fight are beastmen, and both games make it very clear that the societies explicitly condoning this violence are basically just racist.

But beyond even that, the social contract tells you a lot about what is acceptable for a character and what isn't and about what makes someone kind or altruistic or just normal. Most MMOs, for instance, have societies that are tacitly egalitarian regarding gender and race. Claiming your character is a misogynist because the setting is more medieval doesn't really work when the game makes it very clear that women are generally judged by the same standards as men. Lamenting the death of your parents in a raid from a rival tribe isn't really that unique if the game makes it clear that these raids take place all the time. Viewing the game through the lens of our own social contract is generally not a good idea.

By contrast, there are a lot of places that you really can explore a different set of values to great effect by examining the actual social contract at work in the game. You could easily make a character in The Secret World who stands out precisely because he doesn't have a background fraught with supernatural oddities. You might not be playing a pacifist, but a World of Warcraft character harboring significant doubts about killing other sentient species is going against the prevailing morality of her culture.

This isn't really a topic that has a firm conclusion, but I think it's something worth thinking about. There are a lot of assumptions that go into making roleplaying work, but one that very rarely gets examined is the assumption that the society must be largely like our own except a bit more violent. That's just not at all the case, and taking a closer look at the actual society around you can lead to some interesting places for creating characters.

Feedback, like always, can be left in the comments below or sent along to eliot@massively.com. Next week, we'll discuss 10 things about your characters that you're probably not thinking about even though you should. The week after that? A quick and dirty guide to getting yourself into roleplaying.

In this article: backstory, featured, lore, opinion, political, roleplay, roleplayers, roleplaying, rp, setting, social, social-contract, social-structures, society, story, storyboard
All products recommended by Engadget are selected by our editorial team, independent of our parent company. Some of our stories include affiliate links. If you buy something through one of these links, we may earn an affiliate commission. 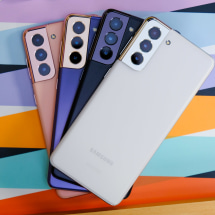