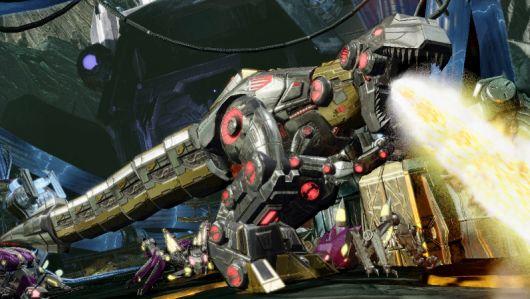 If you've been waiting to get your hands on the latest Transformers title, the wait is nearly over. Activision has announced that the Transformers: Fall of Cybertron demo should be arriving on Xbox Live and PSN on July 31. Players who download it will be able to play through two single-player missions (High Moon Studios has been showing off two missions starring Bumblebee and Grimlock at various events recently, so odds are it's those two), as well as dip into multiplayer and the in-depth customization system.

And if that's even too long for you, you can preorder the game at GameStop. Customers who preorder the game there are getting access to the demo as soon as, well, now. Imagine this one in your best Peter Cullen voice: Autobots, roll out!
In this article: activision, demo, fall-of-cybertron, gamestop, high-moon-studios, microsoft, playstation, preorder, ps3, skins, transformers, transformers-fall-of-cybertron, xbox
All products recommended by Engadget are selected by our editorial team, independent of our parent company. Some of our stories include affiliate links. If you buy something through one of these links, we may earn an affiliate commission.