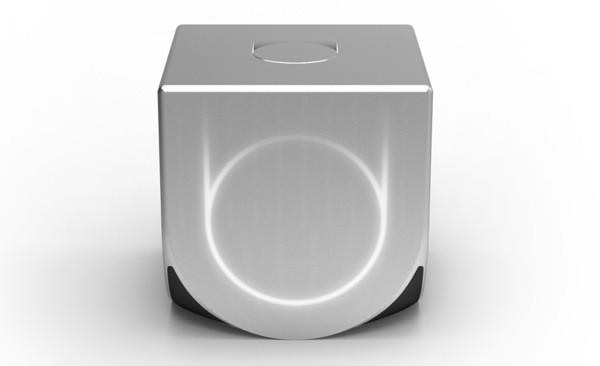 In discussing the varied routes Android has taken to the television, Switched On recently touched on OUYA, the cuboid game console that will run Android games. The project has surpassed the $5.5 million mark on Kickstarter and once seemed poised to pass the Pebble smartwatch's record for overall funds collected just like it broke the record for funds collected in the first day.

Such a war chest will be useful in avoiding the fate of a long list of companies that failed at various times in the videogame console business, even after a wave of success. One reason why many of these companies faltered is that they could not attract the key franchises and compelling titles, much less exclusives, that drive an industry some deride as stagnant.

OUYA, its backers say, is different, because it eliminates the licensing fees needed to launch titles on a platform. For many of these games, though, garnering revenue may be more difficult as OUYA insists that at least some gameplay, be it even a timed demo, be offered without charge. That may be enough to satiate a lot of casual players. Developers who wish to offer a complete free-to-play version may have to embark without details at this point as to whether, or how, advertising will support such games. That could shift much of the financial burden for such games to in-app purchases and subscriptions.

It may not be a major investment to tweak Angry Birds for the OUYA. Indeed, that title has already been implemented on the Roku 2 and even on Samsung's gesture-driven televisions. But consumers have shown limited interest in playing casual smartphone-style games on the big screen. Furthermore, interest in purchasing another device to enable such games may wane as technologies for transferring media from smartphones and tablets to the TV -- such as AirPlay and WiFi Display -- mature.

If smartphone-class games aren't compelling enough, why not bulk them up? OUYA's Kickstarter page says it wants games to be cheaper, but that could be a relative descriptor. Developers can, of course, pour more time and money into their games, particularly if they are freed of other costs such as licensing fees and development kits.

However, such investment must then be weighed against the ROI (return on investment) offered by competing and often more established platforms, like console game stores and general PC app stores, fast-growing tablets, the burgeoning base of smart TVs, and even the Web itself. And all this effort would be for the speculation of OUYA volume and an unknown percentage of its users who will clear the progressively taller hurdles of discovering the app, downloading the app and paying for a premium aspect of it.

As of this writing, about 43,000 people have already preordered an OUYA via Kickstarter. Even if the console had continued to attract backers at the rate its opening brisk pace, it would have attracted about 180,000 preorders when the campaign ends, but will instead end far off that mark. Developers may be excited by a maverick move in the console space, but, even with less friction, sound business propositions ultimately determine the difference between a successful game machine and a hacker's plaything.

In this article: android, angry birds, AngryBirds, column, console, gaming, kickstarter, ouya, playstation, ross rubin, RossRubin, switched on, switchedon
All products recommended by Engadget are selected by our editorial team, independent of our parent company. Some of our stories include affiliate links. If you buy something through one of these links, we may earn an affiliate commission.
Share
Tweet
Share