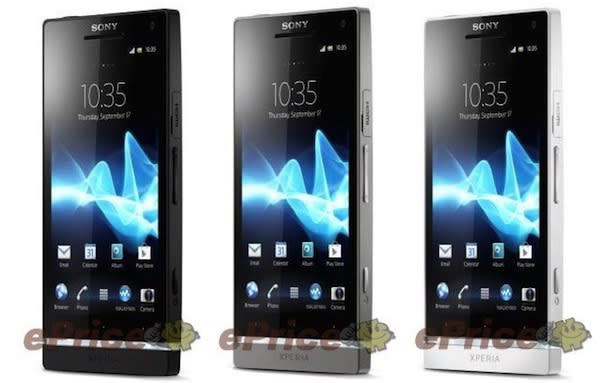 Sony's been under the microscope for all the wrong reasons lately. Today, however, the spotlight's focusing on the rumored successor of that lovable Xperia S. According to the reliable folks over at ePrice, the upcoming Xperia SL has been tweaked in a couple of ways since its last showing; not only popping up in different (and more subtle) livery, but it's also received a decent speed bump with the alleged inclusion of a dual-core, 1.7GHz Snapdragon S3 CPU -- which is slightly different than the 1.5GHz chip previously reported. Either way, this Xperia SL cup will remain half full for the time being, as other useful details like pricing and availability are still widely unknown.

In this article: leak, leaked, leaked photos, LeakedPhotos, leaks, minipost, mobilepostcross, mobilepostmini, Snapdragon S3, SnapdragonS3, Sony, Sony Xperia, Sony Xperia SL, SonyXperia, SonyXperiaSl, Xperia, Xperia SL, XperiaSl
All products recommended by Engadget are selected by our editorial team, independent of our parent company. Some of our stories include affiliate links. If you buy something through one of these links, we may earn an affiliate commission.
Share
Tweet
Share