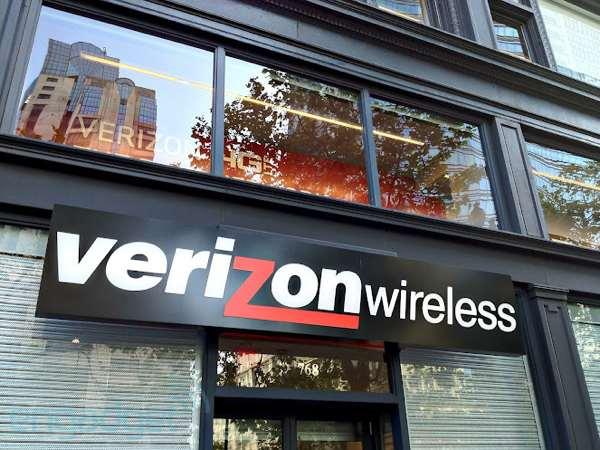 Remember what the experience of shopping for a gadget was like at big-box stores years ago? Whatever your actual needs were, the store clerks would invariably steer you towards whatever they were getting a commission to sell, or whatever scratched their personal itch. Why would you even go to a store if you knew you would never get an honest answer? The problem was bad enough for Apple in the 1990s, when Macs were often relegated to a dark corner alongside the Ethernet cables, that the company started up its own retail chain. It didn't get better for most of us until outlets like Best Buy backed off and sometimes made it a point to advertise commission-free staff. Today, while it's tough to completely escape personal bias and the occasional exception to the rule, it's more likely than not that a modern general electronics store will give you a decent shot at buying what you really want.

But just try buying a cellphone at a carrier store today.

The companies almost always have an agenda to push, whether it's the network or the phone du jour.

Jeff Stern recently recounted a telling experience from overhearing multiple sales pitches at a carrier store -- a Verizon store, but it might as well have been AT&T, Sprint, T-Mobile or any other US provider. Employees were not only pushing the Galaxy S III (an admittedly fine phone) to the extent of ignoring virtually everything else, they were actively steering customers away from alternatives with claims that had little connection to reality. It's not just an isolated personal anecdote, either. CNN saw a similar pattern emerge this spring where Verizon staff members were steering customers away from the iPhone by name, primarily as it doesn't have 4G to its credit. That's no doubt a stronger argument to make to a customer, but it loses credibility when the carrier is "really pushing 4G" instead of choosing what's best for the user, as one floor worker implied. What if buyers were content with 3G but had huge iTunes collections? We've had our own experiences of the sort -- this writer overheard a few cringeworthy statements from workers at a Rogers store in Canada just this past week.

Carriers will swear up and down that they only have the customer's best interests at heart, and that staff will gladly point us to any device if it makes the most sense. But they don't, and they won't. The companies almost always have an agenda to push, whether it's the network or the phone du jour. Never mind theories about commissions; carriers publicly discuss "hero" phones that are expected to generate a large slice of the revenue for the next quarter, whether it's a Galaxy, iPhone or Lumia. How would they not bend over backwards to pump up sales of those models as much as possible? And if that's not the guiding principle in a given situation, we've all seen staff members who were either undertrained, had a chip on their shoulder or both. They're selling the corporate line or letting personal desires (and grudges) overrule their better judgment. It's that old big-box experience, all over again.

It's time that carriers take a cue from the past and stop playing favorites. No commissions. No quotas. No seeding staff with only one device or pitching another solely because it uses a new network feature. Train clerks to know as many devices and platforms as possible, and make sure that they really are asking what the customer wants rather than finding excuses to steer the sale towards a predefined conclusion. Yes, carriers can still have their special store displays and discounts. They just shouldn't place so much faith in one or two devices that they feel forced to bend the truth to close a sale.

Strong sales in the long term more often come organically... they're rarely the result of a momentary carrier hustle.

The irony is that carriers themselves have occasionally been burned by this retail strategy. We're all familiar with AT&T's "iPhone, iPhone, iPhone" mantra from 2007 through 2010. After telling virtually every shopper walking through the door that they should buy from Apple, AT&T shouldn't be shocked that most of its Android devices, later BlackBerry models and (so far) Windows Phones still have trouble getting much momentum. Store hype only works to a certain point, too. Verizon couldn't make people buy the lackluster BlackBerry Storm for very long beyond launch day; all of Sprint's early store openings couldn't give the EVO 3D the same blockbuster results as the EVO 4G. Strong sales in the long term more often come organically, either from months of anticipation or the word-of-mouth from new owners. They're rarely the result of a momentary carrier hustle.

Going to a more hands-off approach does mean a greater risk of overstock on phones that simply won't sell, but then again, so does making a bad bet on a flagship phone. Letting customers guide the conversation and choose their own phones isn't just about giving customers the control they should have had all along. For carriers, it's a way to learn what customers really want. What good is it if a customer buys a bad phone (or more of a phone than necessary) and comes back to return it a week later? It's true that anyone reading this is likely the technically inclined person who'd make the right choice, but we all know someone who was clearly pressured by a store rep into making a mistake while we weren't there to catch it. If we're happy with the retail experience, it's more likely that our friends and family will be as well. On that fateful day when anyone can go into a carrier store and expect reasonably unbiased help, they'll feel more welcome to come back -- and that's helpful for everyone.