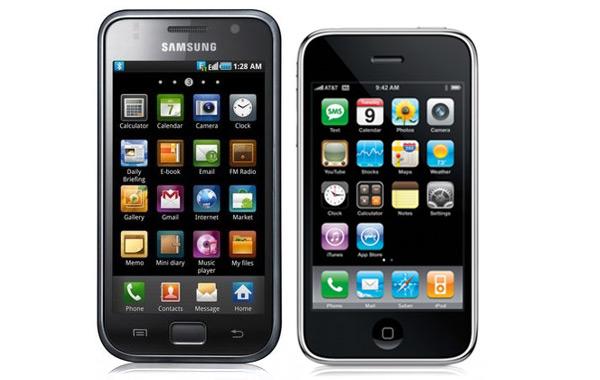 It's done. It's all over. There's nothing left now but the tears, the big checks -- and the appeals. After weeks of laborious deliberations and no shortage of courtroom antics the jury has issued its verdict and, while it isn't a complete victory for Apple, it's most certainly a loss for Samsung. Naturally, we have some thoughts on the subject. Join us after the break as we express our feelings.

The creative geniuses in Cupertino have every right to protect their creations, but I hope their role going forward is that of sagely stewards not prickly defenders.

As a software developer at heart, I couldn't help but wince while watching all the rulings come in, the majority indicating that Samsung's implementation of various features like pinch-zooming and bounce-scrolling did indeed infringe on Apple's. This means that, at face value, Apple owns that functionality, so others who want it are going to have to take extraordinary measures on the implementation side to dance around conflicts. This, without doubt, will give Android hardware and software makers -- and indeed Google itself -- something to think about in the coming weeks.

The $1.05 billion ruling is of course the first ramification here, but I'm concerned about what's next. Will we go back to tap-zooming on other devices? Will grids of icons be off-limits going forward? Ultimately that could mean that creative designers and developers will come up with new ways around these restrictions -- there's nothing like a limited set of tools to inspire creativity -- but I'm concerned that this ruling will stifle progress in the short-term.

I'm also concerned about how this ruling has substantially increased the potency of Apple's patent arsenal. While this tactical strike was an almost unmitigated victory, should Apple push the big red button again we might be knocking on the door of Mutually Assured Patent Destruction. The creative geniuses in Cupertino have every right to protect their creations, and as this verdict shows they can and will do so quite successfully, but I hope their role going forward is that of sagely stewards open to partnerships, not prickly defenders throwing landmines across the field of consumer electronics.

This is going to come off cynical, but it is what it is. There was zero doubt that Apple would win this. None. Looking at the closing arguments alone, it was plainly obvious that showing a jury full of laypeople Product A vs. Product B and asking them -- in a roundabout way -- if they looked alike would lead to an Apple victory. But the thing that really burns me up is that Samsung was on the other end of this. Why not Motorola? Why not HTC? Why not every Android smartphone maker since 2007? The brutal truth is that Samsung was simply made an example of because it's the only phone maker in the world that's actually pulling in meaningful profits besides Apple.

I've been told that this trial isn't about tech editors and avid followers of technology -- these folks can clearly see that a Samsung product and an Apple product are not the same. But let's be honest: the notion that consumers could have been willfully deceived that an Android-based Samsung phone was an iPhone is pathetic. There's a giant "Samsung" logo on it. It's about as absurd as suggesting that someone could be duped into buying a Honda Odyssey instead of a Dodge Grand Caravan. They're both minivans after all, right?

It's about as absurd as suggesting that someone could be duped into buying a Honda Odyssey instead of a Dodge Grand Caravan. They're both minivans after all, right?

And let's not even start on iOS 5's pull-down Notification Center, which was unquestionably spotted in other mobile operating systems. Oh, and iMessage? Nah -- I've never seen that idea implemented anywhere prior. The reality is that Android has made iOS better, and iOS has made Android better. The competition has led to stronger offerings on both sides for consumers of all ages, and if you want my honest opinion, Apple succeeded in derailing Samsung long before this trial ended. Just look at the Galaxy Note 10.1. It's a truly disappointing piece, largely because it was intentionally designed to not be as awesome as the iPad. And make no mistake -- it's a far cry from being an iPad.

In the end, consumers will lose. Companies high and low are scrapping potentially amazing product ideas right now for fear of legal retaliation. Not just from Apple -- this ruling is way, way bigger than that -- but from any company with a patent on [insert obscure shape here]. I hope we're happy.

Especially as I own technology from both companies, I have incredibly mixed feelings about the verdict. I agree with many of you that software patents ought to be curbed or even given the boot -- they often cast too wide a net, and some of them have workarounds so trivial that you wonder why the patent holder bothered. If it were up to me, Apple wouldn't sue over software patents at all. You'll even catch me agreeing that a few things like multi-touch are closer to being "obvious" features that wouldn't justify patents to begin with, even if their exact implementations aren't as simple as some would like to imagine.

Wouldn't it have been much nicer if Apple and Samsung alike had refused the temptations to sue (or countersue) and decided to compete only with the best possible devices they could muster?

This lawsuit also included trade dress complaints, however, and it's hard to simply give Samsung a pass in this area, as good as its devices can be. For me, most of the issue centers around the original Galaxy S. That conspicuous bottom app tray? The sheer number of similar, unnecessarily square icons? The particular hardware styling of certain variants, including the Fascinate? They raise eyebrows, and none of them were either built into Android or reflected in phones from peers like HTC. No, I don't think Samsung was hoping to outright confuse buyers with Galaxy S models, but it certainly feels like the company wanted to ride Apple's wave of success and garner a similar amount of cachet without as much effort. I just can't let that slide, as much as I want to. The good news is that Samsung has (mostly) turned the corner with phones like the Galaxy S III; despite all the legal scrutiny over software, it's proof that Samsung can go on a more distinct path.

That equal frustration with either party leads me to think that, really, the escalating patent wars between Apple and Samsung just need to come to an end. Apple, you can't truly destroy Android through lawsuits. Samsung, you can't feign ignorance that uncanny similarities existed, or draw the ire of regulators by countersuing with standards-based patents. I don't have significant objections to the verdict against Samsung -- Apple simply presented a better case -- but wouldn't it have been much nicer if Apple and Samsung alike had refused the temptations to sue (or countersue) and decided to compete only with the best possible devices they could muster?

During the '90s, and into the next decade, many considered Microsoft the enemy, the malevolent gate keeper to their technological world. Forums would be littered with references to "MicroShaft," or "M$," so strong was the resentment from certain quarters. At this same time, Apple was something of the plucky, hipster upstart. Having a Mac was cool, it also meant -- albeit in a small way -- you were sticking it to the man. You were free from the "Mon$ter's" grip.

Fast-forward to the present day, and it almost feels like those two roles are reversing. While Microsoft has (quite literally) undergone a dramatic change of image, Apple is fast becoming the unnerving ubiquitous force in consumer technology. This couldn't be demonstrated any more eloquently than by the events of the last few weeks. Let's get things straight. Do I think Samsung copied Apple? Yes, it probably did. But then has everything Apple has created been entirely original? Of course not.

They handed Apple the right to romp ever forward down this self-destructive path, the end of which is good for no one. Not even Apple.

For example, Windows users have had icons on their desktops arranged neatly in a grid, since long before iOS came around. I've owned several pre-iPhone mobiles that did the same. Nokia's Symbian s60 for example. It might not have been exactly the same, but a grid, with icons, nonetheless. In fact, pre-Android and iOS, most mobile phones often looked and operated in much the same way, the difference was mainly in the hardware itself. Apple (and to be fair, it's not alone) has ushered in a new era though, where minute details, that really aren't new innovations, are being patented. More frustratingly, the patents are being granted. And this is where I feel the real problem lies. Apple had the legal right to protect something, it did, and won. Fine. What is more galling is that the jurors seem to have missed an opportunity to question the validity (and by proxy, value) of these patents, and they didn't. They handed Apple the right to romp ever forward down this self-destructive path, the end of which is good for no one. Not even Apple. Don't let it become Appl€?

Useful, new and non-obvious -- that's what a patentable invention has to be, according to the USPTO. But that office started brushing aside its own criteria around the internet's early days, and brought the system to its current, twisted state -- with the Apple v. Samsung decision being exhibit 'A'. Cupertino deserved to win. It was clear to me that Samsung was infringing on items like bounce-back (7,864,163), but that patent, for one, should never have been awarded in the first place. And the whole problem started a couple of decades ago, with the granting of a spate of eye-opening digital clunkers.

The first time I saw an absurd technology patent was in the early '90s. It was awarded, in part, for the electronic process of "storyboarding" still images, or arranging them in the same sequence they'd appear in a film or video. "That can't possibly be patentable," I thought. "Where's the novel process? How is that non-obvious?" Companies like Avid had to ante up to use that so-called technology for their video editing software, which increased the price of their products, shaking down them and their buyers. With precedent like that, the USPTO opened the floodgates to similar dubious products which aped existing methods but were now "digital." For instance, Hollywood has been doing storyboards for a hundred years on paper and celluloid, so why is transferring that process to a computer new and non-obvious?

It seems that every half-baked idea that pops into a designer's head is thrown into the patent bin.

That turned out to be the tip of the iceberg, as inventions like that led to all manner of ludicrous patents, bounce-back included -- which is merely an animation to indicate the bottom or side of a page. Does that mean that any smartphone effect that mimics an object falling and landing hard, like flying sparks (off the top of my head) -- is patentable? I know US patent law is liberal, but that's ridiculously thin. It seems that every half-baked idea that pops into a designer's head is thrown into the patent bin, and a big chunk of those are actually approved. Not only does that stifle budding inventors and companies, it makes a mockery of what an invention actually is.

In this article: apple, editorial, group editorial, GroupEditorial, infringement, law, legal, litigation, mobilepostcross, patent, samsung
All products recommended by Engadget are selected by our editorial team, independent of our parent company. Some of our stories include affiliate links. If you buy something through one of these links, we may earn an affiliate commission.
Share
Tweet
Share