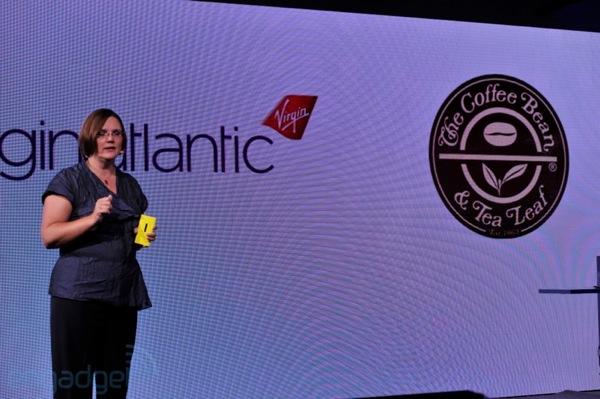 Nokia thinks you'll like the wireless phone charging on your Lumia 920 or 820 enough to want to take it on the road, and to that end it's striking a deal to bring the cable-free experience beyond the home. Both Virgin Atlantic's lounge at Heathrow Airport and countertops at The Coffee Bean & Tea Leaf in the US will let you top up your Windows Phone without having to hunt for a power outlet. We're still waiting on details like the timing, but we're glad to know that we won't have to lug around our FatBoy Recharge Pillows just to keep living in Nokia's vision of the future.

Coffee house introduces new smartphone technology to help consumers recharge over a coffee
Espoo, Finland and New York, NY - Nokia today announced a deal with major US café chain The Coffee Bean & Tea Leaf® to offer wireless charging facilities in its cafés for customers who want to recharge their phones whilst on the go.

Bringing charging solutions from the home and office to the high street, Nokia will introduce integrated wireless charging plates into The Coffee Bean & Tea Leaf® cafés in select major metropolitan cities across the United States.

"With the large number of customers that pass through each The Coffee Bean & Tea Leaf® cafe daily, many use it as a place to work, rest and play. Wireless charging provides a convenient way for consumers to recharge their phone while relaxing with a coffee, so that they can leave their house and use their phone freely without worrying about running low on battery," says Bob Kaufman, Vice President of Business Development at The Coffee Bean & Tea Leaf®.

Nokia is part of the Wireless Power Consortium, an organization that supports the Qi wireless charging standard. This group is comprised of a number of operators, service providers, component suppliers and consumer electronics companies that have pledged their support to Qi and are working together to build an infrastructure ecosystem that will make it possible to charge wirelessly throughout the day. The Nokia wireless charging plates are able to charge any smartphone with wireless charging capabilities based on the Qi standard.