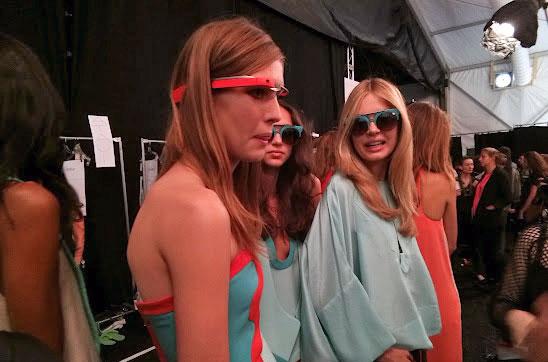 Google Glass' early luxury brand pricing appears to have put it in good stead, with the elite at New York's Fashion Week getting an early close-up look at Google's wearable camera future. Diane von Furstenberg, who's no stranger to a tech tie-in, has added the lightweight frames to her latest show, using them to make a documentary about fashion's creative process. The project is set to appear on von Furstenberg's Google+ page later this week, but if you're not a world-renowned fashion designer (or model), we'd be paying more attention to that two-year wait.

In this article: Augmented reality, AugmentedReality, diane von furstenberg, DianeVonFurstenberg, fashion week, FashionWeek, google, google glass, GoogleGlass, new york fashion week, NewYorkFashionWeek, Project Glass, ProjectGlass, wearable computing, WearableComputing
All products recommended by Engadget are selected by our editorial team, independent of our parent company. Some of our stories include affiliate links. If you buy something through one of these links, we may earn an affiliate commission.
Share
Tweet
Share