Verizon to update the Droid 4 with Jelly Bean 4.1 starting tomorrow 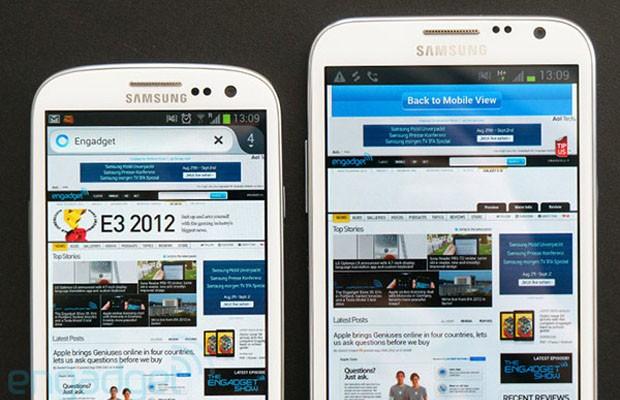 Now that Samsung has commenced beaming Android 4.1.1 Jelly Bean OTA toward deserving Galaxy S III customers, it's announced a raft of other devices set to receive the buttery OS in the near future. On the list are the Galaxy Tab 2 7.0 and 10.1, Galaxy Note 10.1, Galaxy S II, Galaxy Note, Galaxy Tab 7.0 Plus, Galaxy S Advance, Galaxy S II LTE, Galaxy Music, Galaxy Chat, Galaxy Ace 2, Galaxy Beam, Galaxy Ace Plus, Galaxy mini II and Galaxy S Duos. That should bring a bit of extra speed and smoothness to those devices, along with Google Now for search and Samsung's own flourishes from the latest TouchWiz UX. As for the rest of us, there's more than one way to skin a Smartphone -- or avoid skinning one, as the case may be.