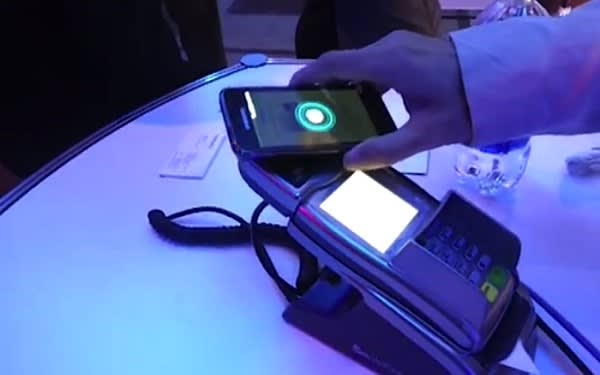 A joint venture of Canadian carriers Rogers, Bell and Telus called EnStream is in final talks with the country's leading banks (likely CIBC, TD, RBC, Scotiabank and BMO) to bring a mobile wallet solution to the Great White North within six months. The system, which was demoed at the CWTA Wireless Showcase last September, enables mobile payments by storing a user's financial credentials on the SIM located inside their NFC-capable phone. It aims to replace credit and debit cards at first -- perhaps even driver's licenses and loyalty programs down the road. Carriers plan to charge banks a flat rate instead of a per-transaction fee.

According to Almis Ledas, EnStream's COO, "banking machines will become the payphones of the future". While we command this attempt to standardize mobile payments in Canada, the time frame seems rather optimistic in light of the slow progress AT&T, T-Mobile and Verizon have made with Isis in the US so far. Different countries, different rules of course -- still, we think it's going to take quite a while to make loonies obsolete. Maybe this is the perfect window of opportunity for Google Wallet and Square to jump across the border, eh? Time will tell. Check out EnStream's mobile wallet in action on video after the break.