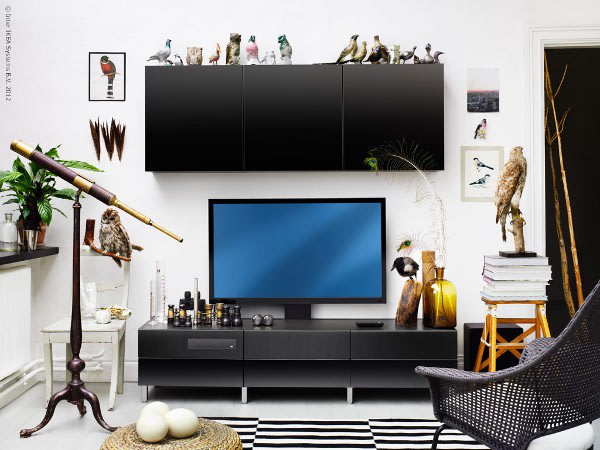 Details continue to emerge as we approach the IKEA Uppleva's June launch. GigaOM has discovered that the set will be available in sizes ranging from 24 to 46 inches and will be priced "around $960" -- with a scale relative to the display size, we presume. The TV will feature a built-in Blu-ray player and a wireless subwoofer, and is being assembled by TCL Multimedia a manufacturer in China. Uppleva is expected to roll out to France, Germany, Italy, Poland and Sweden beginning next month, then to other European countries later in the year, followed by the US in 2013. There will also be a handful of applications that will vary based on region, including Dailymotion, Vimeo and YouTube, along with games, music playback and video-on-demand apps, and the Opera for TV web browser. There's a familiar sneak-peek vid awaiting you just past the break.

Update: Due to an error at the source article, we originally identified the manufacturer as TLC, rather than TCL Multimedia. The text above has been updated to reflect the correction.

Via: TechCrunch
Source: GigaOM
In this article: Blu-Ray, display, dvd, furniture, hdpostcross, IKEA, IKEA Uppleva, IkeaUppleva, m3, smart tv, SmartTv, stand, storage, sweden, tcl, TCL Multimedia, TclMultimedia, TV, tv bench, tv stand, TvBench, TvStand, Uppleva, video
All products recommended by Engadget are selected by our editorial team, independent of our parent company. Some of our stories include affiliate links. If you buy something through one of these links, we may earn an affiliate commission.