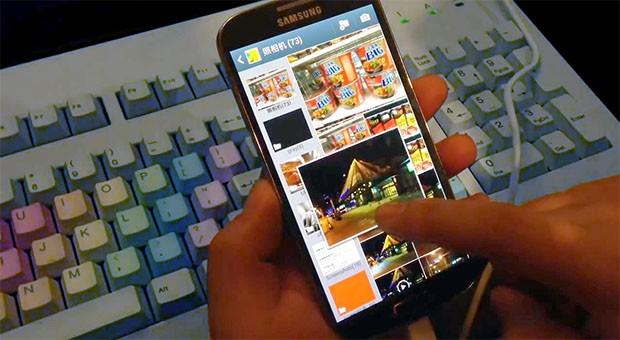 Samsung's been laying on the marketing glitz for the upcoming Galaxy S IV ahead of its Samsung Unpacked 2013 event later today, perhaps because there'll be few surprises at the actual show thanks to all the breaches. A pair of videos from serial leaker IT168 have just been outed allegedly showing two new TouchWiz features from the upcoming handset: SmartPause and floating touch. The latter will display larger image thumbnails or an info box for contacts when you hover your finger over either, while SmartPause stops video from playing when you look away from it -- an eye-detection feature that had been rumored previously but never spotted in action. Naturally, this may not be the final hardware they're playing with, but you can judge for yourself after the break -- just turn down your speakers first, as the videos are a tad noisy.

In this article: GalaxyS4, GalaxySIV, Leak, mobilepostcross, samsung
All products recommended by Engadget are selected by our editorial team, independent of our parent company. Some of our stories include affiliate links. If you buy something through one of these links, we may earn an affiliate commission.