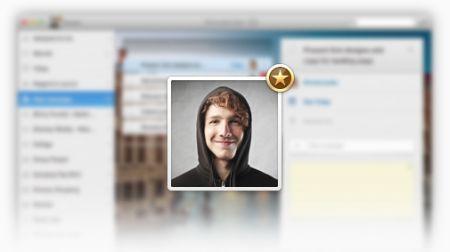 The folks behind Wunderlist, the excellent to-do app that recently updated to version 2, have announced that Wunderlist Pro is almost ready for prime time. Wunderlist is a free service and is remaining free, but Wunderlist Pro is a new premium service that's designed to help get Wunderlist working with teams of all sizes, from just a few people to much larger groups, on all of Apple's platforms.

The full feature list for Pro hasn't been announced yet, but it will be a to-do app for working across multiple people, with shared lists, an "Assigned to Me" smart list for everyone involved and a number of new backgrounds and cosmetic features. Developer 6Wunderkinder also says that the core features in the first release will be a starting point as well -- the company has grown Wunderlist quite a bit over the years, and Wunderlist Pro will undoubtedly grow into its own in the future as well.

The new service will cost US$4.99 a month, or $49.99 a year. The company's CEO has more on his own blog about what Wunderlist Pro will be. In the meantime, we'll stay tuned for a full release to see just what the company has in store.

In this article: application, features, ios, iphone, mac, Sci/Tech, smartlists, subscription, team, to-do, updates, web, wunderlist, wunderlist pro, WunderlistPro
All products recommended by Engadget are selected by our editorial team, independent of our parent company. Some of our stories include affiliate links. If you buy something through one of these links, we may earn an affiliate commission.
Share
Tweet
Share