Iron Man mouse fuels your hot-rod red obsession, is all about the next mission 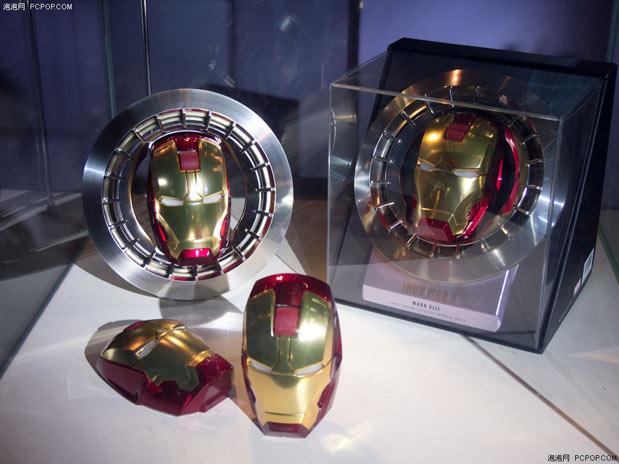 Whether you're looking to instill fear in the hearts of enemies at LAN, or just want to edit spreadsheets in style, this Iron Man mouse will do everything a normal mouse can... just cooler. To capitalize on hype for the third installment of the superhero film franchise, Japanese company e-blue (aka E-3LUE) has released this gold and hot-rod red peripheral with Tony Stark's blessing (read: under official Marvel license). Two AAA batteries power the wireless mouse (some say an Arc reactor was too expensive, and fictional), which has a resolution of 1000 dpi and, most importantly, light-up eyes. For 699 Chinese yuan (roughly $113), you also get a "Proof that Tony Stark has a heart" presentation case to show it off in. We're not sure whether e-blue's mouse will make it over to the States, but instead of worrying about that, check out the Iron Man 3 trailer below to inject some excitement into Monday morning. Can we have a War Machine version now, please?

In this article: e-3lue, e-blue, ironman, ironmanmouse, marvel, mice, mouse, tonystark, video
All products recommended by Engadget are selected by our editorial team, independent of our parent company. Some of our stories include affiliate links. If you buy something through one of these links, we may earn an affiliate commission.