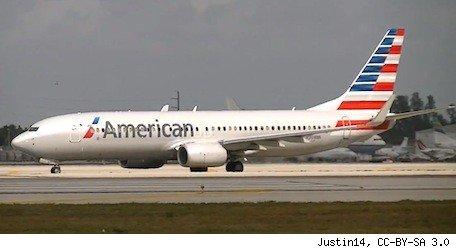 Many airlines have embraced the iPad as a way to replace the 40-pound flight bags containing charts and manuals, but until now there's been little talk about how those tablet deployments are going. At the Tablet Strategy conference in New York yesterday, American Airlines VP of Airline Operations Technology Patrick O'Keefe discussed how the airline is aggressively moving ahead with adoption of tablets and the benefits that are already becoming apparent.

All of American's 8,600 pilots will have iPads by the end of May, each device containing over 3,000 pages of material that used to be printed out and manually updated. Now the charts and manuals are digitally updated, saving flight crews a lot of busy work. But the biggest win for American is in terms of crew safety, as O'Keefe noted that "We've reduced the single biggest source of pilot injuries, carrying those packs." In addition, "we are now able to save $1 million in fuel costs and stop printing all the page revisions."

American has worked closely with Apple to lobby the Federal Aviation Administration to allow more use in flight. As a result, "American is the only carrier in the world with permission to use iPads at all phases of flight, including letting our pilots use them below 10,000 feet," said O'Keefe.

That's not to say that American Airlines is an iPad-only company; all 16,000 flight attendants have Samsung Galaxy Note "phablets" that are used for managing food service and seating, or providing gate information for connecting flights.

In this article: american airlines, AmericanAirlines, electronic flight bag, ElectronicFlightBag, galaxy note, GalaxyNote, iPad
All products recommended by Engadget are selected by our editorial team, independent of our parent company. Some of our stories include affiliate links. If you buy something through one of these links, we may earn an affiliate commission.