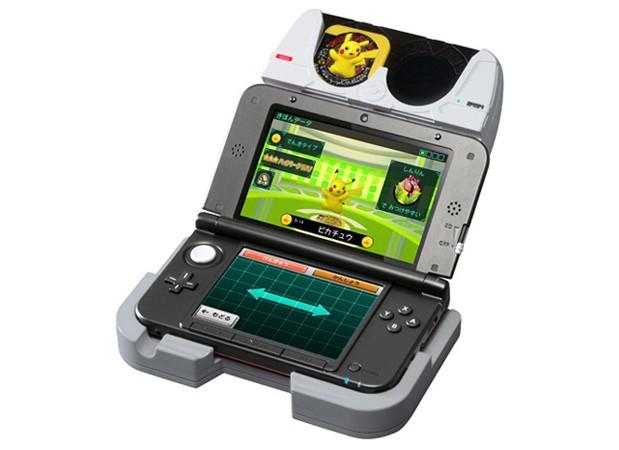 Those who don't hang out at Japanese arcades (who doesn't?) have missed out on Pokemon Tretta, which has players building virtual Pokemon collections through real tokens they win in battle. It's not always easy to visit the local gaming den, however -- so Nintendo, Marvelous AQL and Takara Tomy Arts are releasing Pokemon Tretta Lab to use those creature libraries elsewhere. The add-on for the 3DS and 3DS LL combines a downloadable game with a dual-token scanner that can be used to fight other players, practice against AI or simply study new critters. Pokemon Tretta Lab ships to Japan on August 10th for ¥3,800 ($38), and it may be tempting to newcomers when tokens for Eevee, Lucario and Mewtwo are in the box. Unfortunately, the rest of the world will likely have to watch from afar. While it's easy for a Pikachu handheld to cross borders, Tretta Lab's dependence on a healthy arcade market all but rules out a similar trip.

In this article: 3ds, 3dsll, 3dsxl, gaming, japan, marvelousaql, nintendo, peripherals, pokemon, pokemontretta, pokemontrettalab, takaratomyarts
All products recommended by Engadget are selected by our editorial team, independent of our parent company. Some of our stories include affiliate links. If you buy something through one of these links, we may earn an affiliate commission.