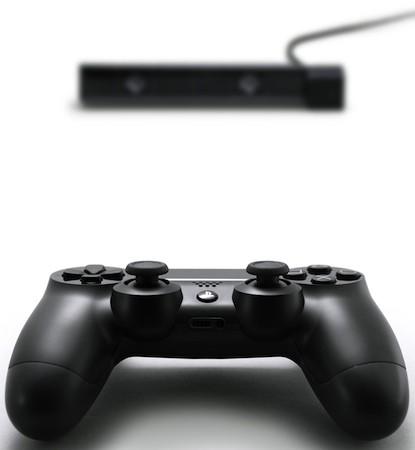 While the US press release for the PlayStation 4 mentioned details about games, used games and pricing, it did not confirm all of the specs for the console. In Japan however, a more detailed press release clears up a few things. Sony's console is packing a 500GB hard drive (same as the Xbox One), and it will not include the camera module, which is a $59 (£44 and €49) add-on for the $399 box. By comparison, the Xbox One includes -- and requires for its use -- the Kinect 2.0 camera. (Update: Sony's confirmed that the PS4's hard drive is upgradable.)

A Best Buy listing confirms the PlayStation 4 Eye's add-on status and pricing, and that an extra DualShock 4 controller will also go for $59. We've double checked with Sony and confirmed that the system comes with a controller and mono earpiece plus HDMI, USB and power cords -- but no camera.

The spec sheet also confirms the system's dimensions at 275 x 53 x 305mm (excluding the largest projection), its ports (HDMI and optical out, 2 USB 3.0 in and 1 AUX in for use with the camera) and that a single ear mono headset is packed in with the system. That controller weighs in at 210g, includes a 1000mAh battery and one other detail some may have missed -- a built-in mono speaker. There are details specs for the camera too, which is capable of a maximum 1280 x 800 (x2) pixel capture at 60fps, 640 x 400 at 120fps, or 320 x 192 at 240fps. It has an 85 degree FOV and a 2 meter cable to connect to the system. Want to do more digging into the specs and learn about the design of the PS4? Check out the PDF linked below.

In this article: accessories, e32013, hdpostcross, playstation4, playstationeye, ps4, ps4eye, psmove, sony, specs
All products recommended by Engadget are selected by our editorial team, independent of our parent company. Some of our stories include affiliate links. If you buy something through one of these links, we may earn an affiliate commission.