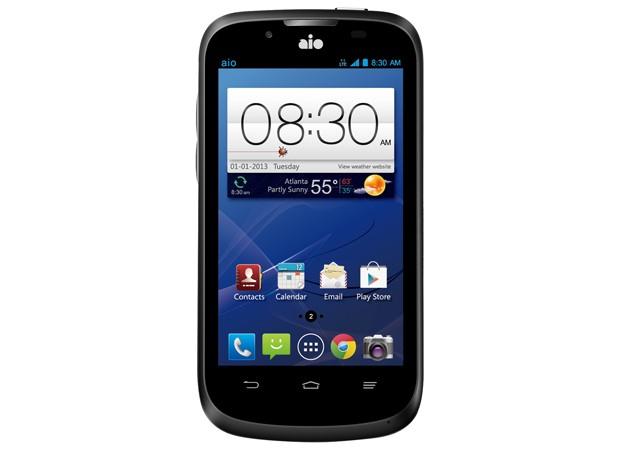 Now that AT&T is willing to offer LTE on budget services like GoPhone, the floodgates are open: it just extended the faster cellular data to its Aio Wireless prepaid brand. An automatic update is rolling out that enables LTE on Aio customers' existing SIM cards when they're in one of the provider's coverage areas. To mark the occasion, the carrier is launching the ZTE Overture, a 4-inch phone packing LTE alongside a 4-inch display, Jelly Bean, a 5MP rear camera and an unspecified front shooter. Aio hasn't divulged pricing for the Overture, but we wouldn't expect a large outlay when the handset ships within the next month.

Alpharetta, GA - Aio Wireless (NYSE: T) announced today the launch of 4G LTE service covering more than 200 million people, further enriching the first-class wireless experience it provides to wireless users who don't want to commit to an annual contract. Aio has made the transition to 4G LTE easy for its customers by sending a free over-the-air software push that has automatically upgraded their SIM cards so they can enjoy 4G LTE speeds when using an LTE-enabled device in Aio's LTE footprint.

Aio also announced today the expansion of its LTE-capable device offerings with the addition of the ZTE Overture", which will be available in Aio stores and online at www.aiowireless.com in the next month. The ZTE Overture" features the Jelly Bean operating system, a full-touch 4" LCD display, rear facing 5 MP camera for photos and front facing camera for video chat. The device supports enhanced, PC-like web browsing, fast LTE speeds, email, navigation and expandable memory option up to 32 GB.

Aio has also added Naples and Ft. Myers to the growing number of markets it serves. Aio began operations last month in Houston, Orlando, Tampa, Jacksonville and Gainesville, Fla., and plans to expand to additional markets across the United States over the next year.

Aio makes wireless simple for customers by offering three simple rate plans, ranging from $35 to $70 per month, including all taxes and fees. All three plans include unlimited talk/text/data with a pre-established amount of 4G LTE data access. Aio also offers an attractive device portfolio that includes smartphones and a tablet, as well as the opportunity for customers to bring a compatible, unlocked device, for activation with Aio service.

With the launch of 4G LTE service, Aio's customers with compatible LTE-enabled devices are now able to stream video, play video games, download apps, and more at even faster download speeds. Aio customers have access to a 4G LTE network that now covers more than 200 million people in 278 markets, and is expected to reach 300 million people by year-end 2014. When Aio customers go outside the 4G LTE footprint, they will continue to have access to fast 4G speeds. To view Aio coverage, please see our coverage viewer on our website (www.aiowireless.com).

"We're expanding rapidly and are encouraged by the response we've been receiving from consumers in our launched markets, as well as from others throughout the U.S. who are eager for Aio to arrive in their area," said Jennifer Van Buskirk, president of Aio Wireless. "We're delighted to share the news of our 4G LTE service and our new LTE-capable device, as well as the addition of our two new Aio markets, bringing even faster data speeds and more choices to our growing family of Aio customers who are looking for a first-class wireless experience without an annual contract."

In this article: aiowireless, android, att, jellybean, lte, minipost, mobilepostcross, mobilepostmini, mvno, overture, prepaid, smartphone, zte
All products recommended by Engadget are selected by our editorial team, independent of our parent company. Some of our stories include affiliate links. If you buy something through one of these links, we may earn an affiliate commission.