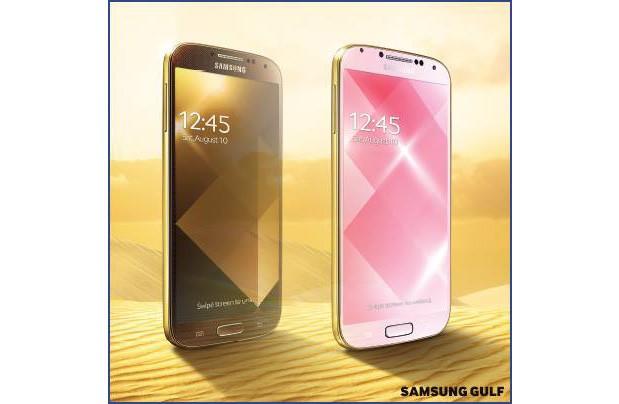 And just like that, Samsung Gulf has announced the gold-trimmed Galaxy S 4, complemented by either brown or pink plastic for the guys and girls, respectively (dare we say it). We don't know whether these fresh editions will ever come to markets outside the Middle East, but Samsung's timing couldn't have been better. Meanwhile, we're still waiting on that gold HTC One.

Introducing the new #GalaxyS4 Gold Edition - for a style that's uniquely yours! pic.twitter.com/XkFu4zceHT

In this article: galaxys4, gold, gs4, middleeast, mobilepostcross, samsung, SamsungGalaxy, samsunggalaxys4, samsunggulf
All products recommended by Engadget are selected by our editorial team, independent of our parent company. Some of our stories include affiliate links. If you buy something through one of these links, we may earn an affiliate commission.