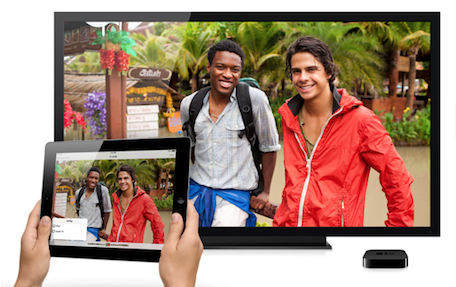 While not everyone uses AirPlay Mirroring to display their iPhone, iPad or iPod touch screen on a TV through an Apple TV, that capability is surprisingly popular with those who need to teach or demonstrate iOS apps.

In the iOS 6 days, you could get to AirPlay Mirroring by double-tapping the Home button, then swiping right as far as you could go, into the Music player controls where you'd see the AirPlay icon. With a tap on that icon, you could turn on mirroring. We've had pings from more than just a few readers who wonder where that capability has gone in iOS 7, so here's the simple solution: it's part of Control Center, which you reach by swiping up from the bottom edge of your screen. Just look for the AirPlay icon.

As with all of the earlier video tips, this one can be enlarged to full-screen for easier viewing.

In this article: airplay, airplay mirroring, AirplayMirroring, iOS, ios 7, Ios7, iPad, iPhone, iPod, video tips, VideoTips
All products recommended by Engadget are selected by our editorial team, independent of our parent company. Some of our stories include affiliate links. If you buy something through one of these links, we may earn an affiliate commission.