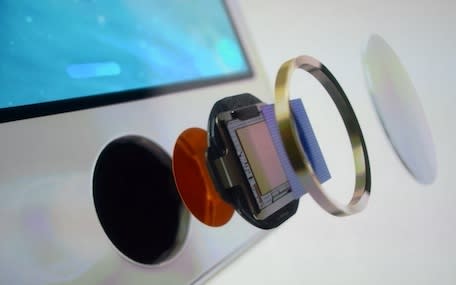 Apple has announced its plans to open a new facility in Arizona to manufacture sapphire materials, according to PocketLint. The Mesa, Ariz., complex will be built and run in partnership with GT Advanced, which is helping Apple manufacture the sapphire. Apple currently uses sapphire in its camera lenses and the Touch ID sensor in various iOS devices.

Acknowledging the new factory after it was reported in the news earlier in the day, Apple told PocketLint:

"We are proud to expand our domestic manufacturing initiative with a new facility in Arizona, creating more than 2,000 jobs in engineering, manufacturing and construction. This new plant will make components for Apple products and it will run on 100% renewable energy from day one, as a result of the work we are doing with SRP to create green energy sources to power the facility."

The factory will be Apple's second in the United States, coming after Apple opened up a plant in Fort Worth, Texas that will be manufacturing the Mac Pro.

In this article: apple corporate, AppleCorporate, arizona, manufacturing
All products recommended by Engadget are selected by our editorial team, independent of our parent company. Some of our stories include affiliate links. If you buy something through one of these links, we may earn an affiliate commission.
Share
Tweet
Share