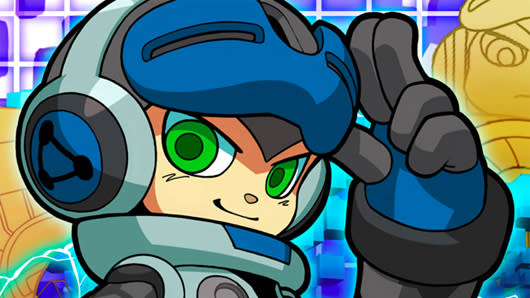 The Crowdfund Bookie crunches data from select successful Kickstarter and Indiegogo campaigns that ended during the week and produces pretty charts for you to look at.
The month of October saw 172,360 people pledge $7,361,713 towards 42 successful Kickstarter and Indiegogo video game projects. To put that in perspective, that's 4,833 more project backers than the past three months combined.

As discussed in our September quarterly report, some high-earning games serve as extreme samples in a month's data set. October was no different, as Keiji Inafune's Mighty No. 9 lured in $3,845,170 thanks to 67,226 backers. What's more, both Shantae: Half-Genie Hero and Hyper Light Drifter combined to account for 42,708 backers, which means these three projects had enough backers to match the number of funders in August and September combined, a two-month period that saw 58 successful projects. All three games fit into the action genre this month as well, which accounts for that category's high numbers. Without those three projects, the other four action games would have combined for only $113,876.

October also saw some of the first Canada-based developers take advantage of Kickstarter's expansion to the country, which began in September. Eight projects came from Canadian developers, three of which were among the top six earning games for the month: RimWorld, The Long Dark and River City Ransom: Underground. The eight games accounted for 11.16 percent of the overall picture for the month ($821,411), so it'll be interesting to watch for the impact Kickstarter's expansion has on our crowdfunding trends. The funding platform will open up to Australia and New Zealand-based creators on November 13, as well.

Head past the break for the month's breakdown by genre as well as the list of October's top five earners.