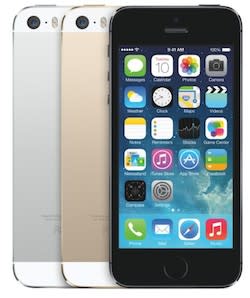 Surely you haven't already broken the screen of your shiny new iPhone 5c or 5s. Of course you've probably got Apple Care for your latest treasure, but currently that means Apple has to replace your phone when a problem arises. That can get expensive. But there is good news on the horizon for Apple fans. Apple will soon be repairing 5c and 5s screens in-store.

That news comes according to a report from 9to5mac, who have been told by a source that Apple Stores will soon get new machinery that will allow them to replace, repair, and calibrate the delicate touchscreens. Screen replacement should run around US$149 per device. Given the cost of a new iPhone that's a steal.

Apple Stores will also soon be able to fix or replace volume buttons, rear-cameras, speakers, and the vibrating motor on the 5s and 5c. 5c customers can also get their home key replaced but, due to the complicated Touch-ID option, 5s users will be out of luck if they get a broken home key.

9to5mac's sources say the screen calibration machines are already being delivered to Apple Stores along with the traning manuals for the new repairs. While the company hasn't formally announced when these new features will be available in their stores, expect to see them soon.

In this article: iphone5c, iphone5s, repair
All products recommended by Engadget are selected by our editorial team, independent of our parent company. Some of our stories include affiliate links. If you buy something through one of these links, we may earn an affiliate commission.